This holiday shopping season comes at an opportune time for the gaming industry — the latest “Fallout” and “Call of Duty” games have hit the shelves and the newest consoles have hit their stride in terms of price and availability. However, video game sales are down and GameStop and Electronic Arts recently reported disappointing earnings. The dismal numbers may be due to an increased number of game downloads, which are not usually counted in these reports.

Video game publishers say that digital downloads account for 20 percent or more of their sales, compared to only 10 to 15 percent last year. The NPD Group says that video game sales are down 7 percent compared to November of last year. 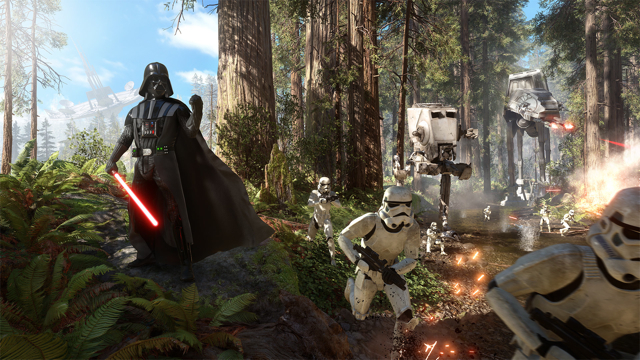 The new data, however, does not take into account the digital downloads or the games that are bundled with consoles. The NPD Group’s data for the rest of the year shows that game spending is actually up 8 percent when digital sales were factored in.

Individual game titles are also not meeting the projections. Electronic Arts, the publisher behind “Star Wars: Battlefront,” says the game did not sell as well as they had hoped during the quarter. The publisher’s stock tumbled five percent on the day of the announcement, but a senior executive said that the company still expects the game to sell 13 million copies during its fiscal year.

Game retailer GameStop reported weak sales on new games and hardware in the third quarter. It may struggle even more as people shift to buying video games downloads online, reports The New York Times. Though the company has diversified its business and increased its online presence, only 2 percent of its total revenue comes from digital sales.