RightThisMinute, a TV show that focuses solely on online videos, has become the number one syndicated new show in the U.S. The show airs on HLN and local channels, with two million viewers per half-hour episode. Because the show consists only of online videos, rather than hiring writers, the producers and talent search for featured videos. The popularity of the show highlights a shift that makes the second screen — featuring content from YouTube, Hulu and Netflix — our first screen.

“Comparing some of the long-standing syndicated shows like the ever popular Judge Judy to RTM is like comparing apples to oranges, but it’s more popular than new shows with big names like Bethany and also Queen Latifah’s new talk show,” reports TechCrunch. 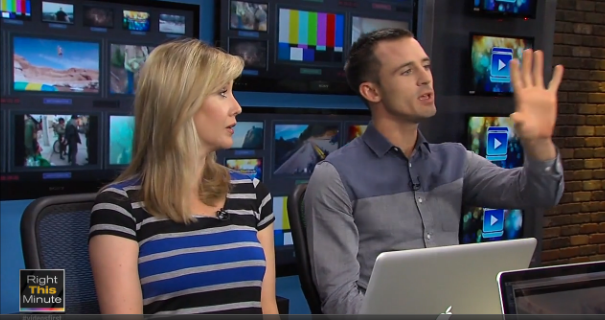 The producers find the videos that they air themselves, in a way similar to TMZ. Lisa Hudson, a former executive producer for TMZ, is part of the RightThisMinute team.

“We find the best videos from around the Web and bring them to your TV screen,” said show host Beth Troutman.

According to Nielsen, 18-24 year olds watch about 22 hours of television per week, but they complement this traditional viewership with online video content. “And so we get the marriage of crazy videos and TV together to make one very popular show,” concludes TechCrunch.