In an effort to create a more powerful second screen and social TV platform, i.TV has acquired the popular check-in service GetGlue. The i.TV app for iOS and Android is the most downloaded TV guide and discovery app with 15 million subscribers, and has been working to build up its backend. Now, with GetGlue’s more than 4.5 million users, the company plans on giving users a well-rounded platform on which they can get more recommendations for their entertainment. 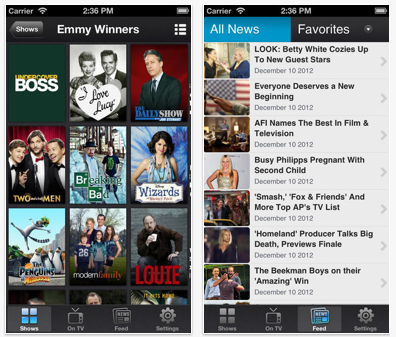 While GetGlue is more well-known among consumers (and is the largest entertainment check-in platform, according to Mashable), i.TV helped create Nintendo TVii and “powers the social TV experiences” for Entertainment Weekly, AOL, and The Huffington Post. The goal, i.TV CEO Brad Pelo told Mashable, is to bring the two worlds together.

“For GetGlue users, it will be business as usual,” Pelo said. The benefit for i.TV is that it will be “better immersed into the social facing role” of GetGlue, which gets more than 1 billion social impressions from its users each month.

More bonuses for i.TV: 30 percent of the discussions on Twitter about primetime television come from GetGlue, and engagement levels in the app are already even higher than the company expected.

Mashable calls it a “solid meld between two platforms” with similar goals and different strengths that help users find and engage with TV.

Social startup Viggle announced its intention to acquire GetGlue last November, but the deal fell through.