TV loyalty program provider Viggle, formed in 2010, announced it has acquired San Francisco-based Dijit Media, a b2b platform developer and maker of TV and movie guide apps for mobile devices. Dijit’s primary consumer app is NextGuide, which combines listings from live TV and streaming services such as Amazon, Hulu, iTunes and Netflix for an automated and curated directory of movies and television shows. Financial terms of the deal have yet to be disclosed. END_OF_DOCUMENT_TOKEN_TO_BE_REPLACED

In an effort to create a more powerful second screen and social TV platform, i.TV has acquired the popular check-in service GetGlue. The i.TV app for iOS and Android is the most downloaded TV guide and discovery app with 15 million subscribers, and has been working to build up its backend. Now, with GetGlue’s more than 4.5 million users, the company plans on giving users a well-rounded platform on which they can get more recommendations for their entertainment. END_OF_DOCUMENT_TOKEN_TO_BE_REPLACED 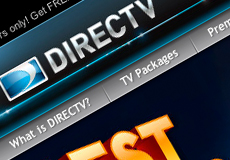 Miso Teams with DirecTV for Another Synchronized Social TV Experience