TheWaveVR, which raised $4 million this year, has offices in Austin and Los Angeles. The company creates VR concerts that marry music and visuals by partnering with musicians. The results, similar to real-world raves, have garnered a lot of buzz for pushing the limits of virtual reality. Its newest virtual world, created in collaboration with producer/DJ TOKiMONSTA (aka Jennifer Lee), features about 50 minutes of the dance/electronica album Lune Rouge, and is TheNextWave’s fifth flagship show.

VentureBeat reports that TheWaveVR can be viewed on Steam with the HTC Vive and, unofficially, Oculus Rift, and that “the last concert saw 350 people attend simultaneously, which is a significant figure considering it’s only available in the United States officially on one headset.” 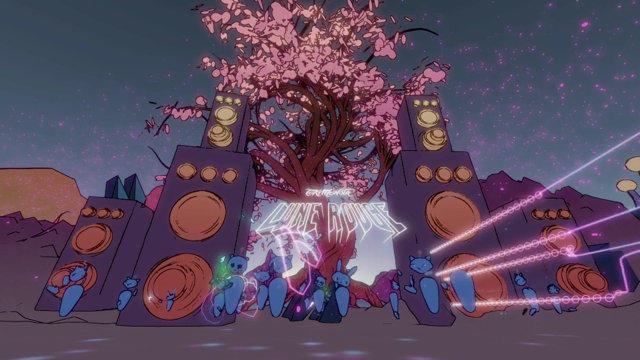 This latest concert allows attendees to “explore a planet inspired by the album artwork, dance in an interstellar rave under an exploding sun, and remix a 3D world.” TheWaveVR co-founder/chief executive Adam Arrigo said the goal of his company is to “create an experience that is impossible to have in reality.”

“The best experiences in VR are the ones that are hard to describe in words, and consequently hard to capture with 2D video because they are truly native to the medium,” he said. “In a VR music experience — music is only one third of the experience. Visuals are as important or more, and then there’s the interactive element.” He added that, “the Lune Rouge Experience lets fans literally step inside the album and experience her music in a new, interactive dimension.”

Prior to the Lune Rouge show, TheWaveVR produced events with Ninja Tune artist Ash Koosha’s AKTUAL and Strangeloop’s N-FOLD, released in association with Brainfeeder. “Our goal as a company is to help artists create new experiences that let their fans get closer to their artistic vision,” said Arrigo.