The VOID, a VR startup newly headed by former Lucasfilm manager Cliff Plumer, is earning accolades as an experience that could jump-start mass acceptance of the new entertainment medium. For The VOID, the user dons an untethered VR headset, a vest outfitted with haptic sensors and small backpack, picks up a plastic gun, and enters interconnected rooms to play a 10-minute “Ghostbusters” adventure zapping apparitions. The first IMAX VR Experience Centre also recently opened in Los Angeles, with more to come.

The New York Times reports, The VOID, which “has refined the concept of mapping a virtual world over a physical set,” is already making money at its first location, at Madame Tussauds near Times Square, selling 43,000 tickets at $20 a pop, reaping nearly $900,000 in revenue. The company, which dubs its offering as “hyper-reality,” will open 20 more Void Experience Centers this year, some of which will have more than one set and new adventures. 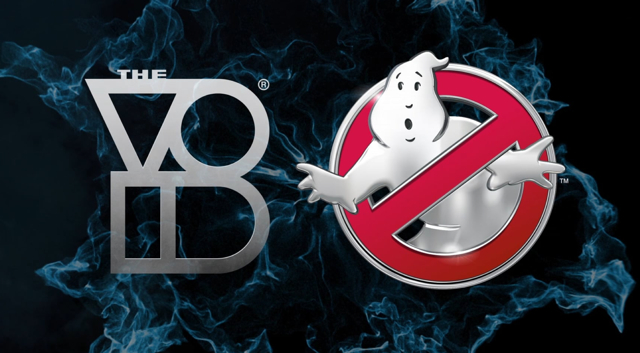 The VOID, founded (and funded) by Ken Bretschneider, James Jensen and Curtis Hickman, is now raising expansion funding with The Raine Group, which previously invested in Vice.

“All of a sudden, we have some of the most influential people on the planet asking for tours,” said Jensen. That includes NBCUniversal chief executive Steve Burke, Disney chief exec Bob Iger, Disney’s board and “various Hollywood filmmakers” including Steven Spielberg. “It’s very repeatable, just like a film, and it’s an extraordinarily visceral and effective way to tell a story,” said “Ghostbusters” director Ivan Reitman. Wired has a video that shows a demo of The VOID here.

Factors that have held back VR’s popularity include expensive VR headsets, lack of compelling content, the potential for nausea and an experience that is isolating. The VOID, which mitigates these factors, sees itself as “a new draw for dying malls” as well as another use for multiplexes. “We’re a big solution to a lot of big puzzles,” said Bretschneider.

But the big question is if there is long-term sustainability for The VOID and how it will fare against competition. The Verge reports that one such competitor is IMAX, which, on January 6, opened its IMAX VR Experience Centre in Los Angeles, a standalone location with 14 VR “pods,” equipped with HTC Vive and Acer’s StarVR headsets, which offers a 210-degree field of view, and titles from “Star Wars: Trials on Tatooine” to “John Wick Chronicles.”

It’s the first of six pilot locations to open in New York City, the United Kingdom, China and a second in Los Angeles, all set to open by the end of 2017. Each installation will be linked to Cineplex chains, set up in the lobby or a movie theater.

Tickets for featured titles range from $7 to a $25 “VR Sampler,” for 30 minutes to try out several titles, each of which runs 10 to 15 minutes. Although the StarVR headset is still a prototype (and gave the reviewer some nausea), the IMAX VR Centre is “an opportunity for IMAX to see what works and what doesn’t, and tweak it all based on audience feedback.”

In March, the company will roll out an experience, produced by Skydance Interactive for the upcoming sci-fi thriller “Life,” it’s first film tie-in. Multi-player “Star Trek: Bridge Crew” will debut later this year.