T-Mobile’s Binge On service, which lets subscribers stream selected services without the content counting towards their data cap, just quadrupled its offerings with Fox Now, ABC, Apple Music, NatGeo TV and Disney Jr. among others. With these additions, the Binge On program hosts more than 100 content partners, including Netflix and YouTube. The program is catching on with users, whose streaming hours increased 50 percent between June and July. Video quality for Binge On programming is downgraded to 480p.

Digital Trends notes that, despite the lower video resolution, “it’s difficult to find fault with ‘free’.” Other new Binge On content partners are DISH Anywhere, CEEK VR, D-PAN.TV, DramaFever, and Shalom World. The company has been adding partners rapidly since March, when it signed PBS, PBS Kids and two game-streaming services Dailymotion Games and Azubu. In June, Facebook joined the service. 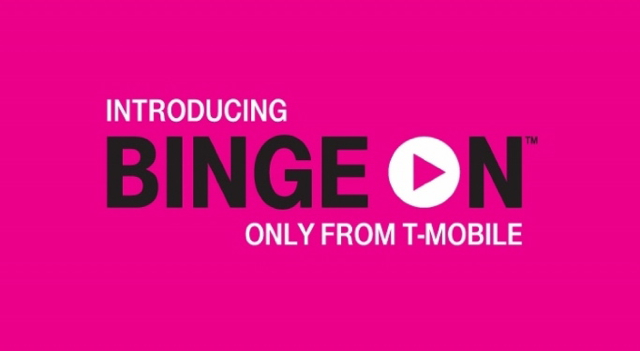 Also in June, T-Mobile customers streamed 500 million hours of Binge On video, which grew to 765 million hours in July; according to the company, “a ‘majority’ of customers now watch twice as many hours per day” than when the service began in November 2015. In the wake of a July survey of its partners, T-Mobile reported that 85 percent of them “expect customers to watch longer,” 80 percent “expect customers to watch more often,” and 45 percent “of those with paid subscribers expect to sell more subscriptions because of Binge On.”

Binge On, however, is still opposed by net neutrality proponents who say the carrier, per a Stanford University report, “limits user choice, distorts competition, stifles innovation, and harms free speech” on the Web. “As long as Binge On gives special treatment to video as a class, it undermines the vision of an open Internet where all applications have an equal chance of reaching audiences,” says the report. “And people, not ISPs, choose how to use bandwidth available to them.”

Due at least in part to that observation, T-Mobile now allows its content partners to “implement their own form of video compression,” a move that appeared to placate FCC chairman Tom Wheeler, who called the service “highly innovative [and] competitive.”