Augmented reality startup Lightform has come out of the stealth mode it’s been in for three years, announcing a $2.6 million funding round from former Oculus head scientist Steven LaValle, Lux Capital, Seven Seas and NSF. What Lightform has been working on is a device that can scan the environment and create a high-resolution mesh, which it then combines with very precisely targeted digital projections of light. That makes it capable of creating augmented reality in any environment, without the need for a headset.

According to SlashGear, the Lightform device “creates AI-generated effects and filters” that combine with a projector to work. The mesh it creates computes “where surfaces are and what shapes are needed to project light,” and the device then “sends a video signal to a projector which then projects the light needed to attain the effect.” The device also periodically scans the environment to tweak alignment. 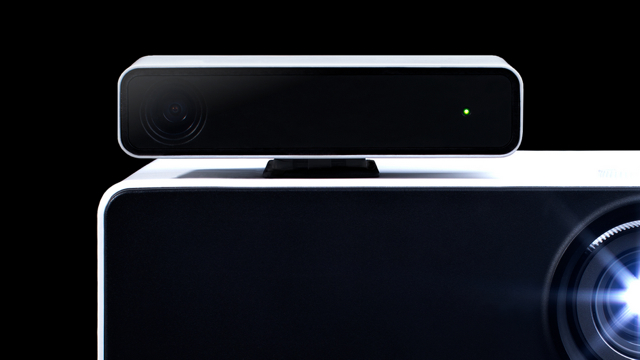 Lightform previously worked with Bot & Dolly to create the 2013 Box demo, and has partnered more recently with Microsoft on Illumiroom. Lightform says that a mobile and desktop app and the device will be available for pre-order this summer, and say the device will “cost less than an average laptop,” which “likely suggests it costs as much as a high-end smartphone (or a bit more, depending on end functionality).”

Elsewhere, Gizmodo reports about the Japanese dance duo AyaBambi, which used a 1,000-frame-per-second face-tracking Dyna-Flash projector to change their appearances, especially their faces. Japanese studio WOW and its technical/creative director Nobumichi Asai were behind the illusion. It works by attaching tiny glowing dots to the dancers’ faces, which are then tracked in real time, “so that the overlays created by the projector perfectly match their movements and facial expressions.”