Berlin-based SoundCloud, which began signing licensing deals with major and indie record labels in 2014, just debuted its new subscription plan. The online music service’s 175 million regular users will now have the option of the free version, which features 100 million songs, or the $10/month subscription version, SoundCloud Go, which offers 125 million ad-free songs, and lets users save songs to their phones. In 2014, SoundCloud posted $19.5 million in revenue, but a net loss of almost $44 million.

The New York Times reports that SoundCloud Go will, at first, be available only in the United States, but will rollout around the world later this year. Prior to introducing the subscription service, SoundCloud didn’t license its material and paid no royalties, to the dismay of the major record labels. By offering a free service, the company also faced increasing losses, with “hosting fees and a small amount of advertising as its only sources of revenue.” 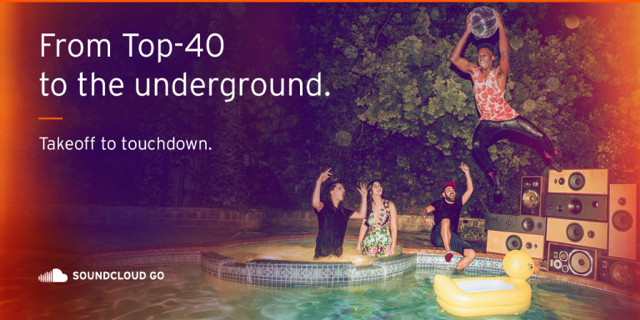 The service, which debuted in 2008, quickly became a “YouTube for music,” as many artists, DJs and rappers directly uploaded their songs, new tracks, remixes and mash-ups, “easily accessible through a free and elegantly designed online platform.” In the new two-tiered system, free users will, for example, be able to hear a few Adele singles and 30-second samples of the rest of her catalog; subscribers can listen to all her songs.

As a streaming music service, SoundCloud, although it has a large user base, is entering a crowded and competitive field, including Spotify, Apple, Tidal, Rhapsody, YouTube, Amazon and SiriusXM. The music industry, however, is “keen to promote paid-streaming services,” because they pay “much more in royalties than free versions.”

According to the RIAA, about 13 million people in the U.S. paid for music subscriptions by end of 2015. And streaming, says NYT, generates about 34 percent of the recording industry’s revenue in the United States, more than any other source.