Microsoft is on track to reach the goal it set when it first introduced Windows 10 last July: to reach one billion devices within two or three years. Less than a year later, Windows 10, the latest version of its operating system, is running on 270 million active devices, adopted faster than even Windows 7, its previous high point. Microsoft chief executive Satya Nadella is pinning future hopes on artificial intelligence and “bots” to create new ways to interact with computers, and replace apps as the dominant paradigm.

The New York Times describes Microsoft’s Twitter chatbot, Tay, which used artificial intelligence to answer communications from Twitter users. Tay, however, learned and repeated racist, sexist and other offensive things that users taught it, and Microsoft took Tay down after one day. 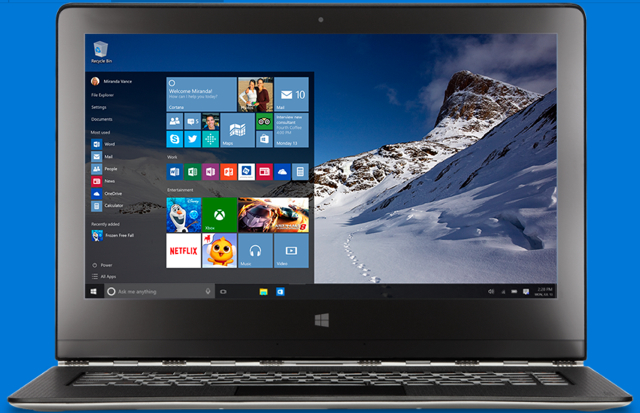 Nadella, although humbled, is far from defeated. Instead, he’s doubling down on artificial intelligence and bots, which he feels will replace apps, says Bloomberg, which reports that Nadella plans to rerelease Tay “once it can make the bot safe,” encouraging the team to “keep pushing” and use the earlier experience as “the rallying point.”

The Wall Street Journal reports that Microsoft released a kit to “help developers build similar bots to suit their own purposes,” and is also “beefing up” Cortana, the voice-controlled digital assistant, to be able to “proactively perform tasks based on users’ preferences and data” and “work directly from device-lock screens, so users won’t have to log in to access the app.”

“We need to infuse into our computers intelligence, intelligence about us and our context,” said Nadella, who stresses “conversation as a platform.”

Bloomberg notes that Microsoft has the assets — more than $100 billion in cash and a market value of $423 billion as of March 28 — to pursue Nadella’s plan of making bots easy to make and use. The company isn’t alone in pursuing voice-controlled assistants; China’s Xiaoice has 40 million users alone, Amazon has Echo and Google is said to be working on “bot-based app that will answer users’ questions.”

But if Nadella can make Microsoft a leader in bots, says Bloomberg, “maybe he can bring the company back to a position of strength in the age of smartphones.” Microsoft’s weakness in smartphones is perhaps its biggest issue, says NYT, which notes the debacle that followed the company’s purchase of Nokia’s mobile phone division.

Windows 10 is aimed at making it easy for developers to produce software that can run across all Windows devices, including PCs, smartphones and the Xbox One console — but it might not be enough, says Jackdaw Research analyst Jan Dawson, who notes that developers have “little incentive to create software for Windows first when they can reach bigger audiences elsewhere.”

Microsoft has also started shipping HoloLens, its augmented reality headset, a $3,000 product aimed at developers making AR applications. The company is also continuing with a push for the new Windows Ink, to let users create sticky notes and annotate documents on screen with a digital pen, updating information from online sources.