SnapStream is known for making massive DVRs for media productions like “The Colbert Report,” but now the company is introducing a less expensive DVR that is still loaded with features. The SnapStream Express may prove too expensive to be a consumer product, but businesses may be drawn to the functionality and $499 price tag (plus $99/month service fee). It has 2TB of internal storage, an intelligent search function, and a Web-based interface designed for PCs. The DVR can also post clips directly to social media. 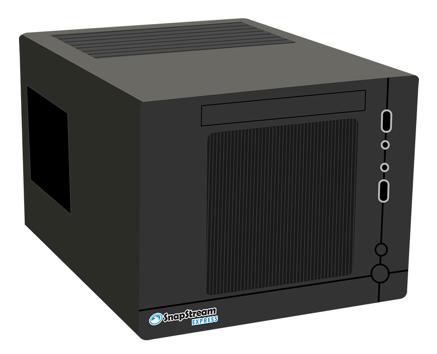 SnapStream designed the Express to help companies adapt with the new ways viewers consume television. The social media teams at any media company can use the technology to get clips from television straight into people’s News Feeds. They can also make GIFs or memes, reports Ars Technica.

The DVR allows real-time social media monitoring, so that people can track what is being said about the show directly from the interface.

This social media experience on the SnapStream Express is further enhanced by the intelligent search function. Users can search anything that was said on-air during a television program and jump directly to that quote in the show. The search engine uses cues from closed captioning.

The Express can stream from any television source, whether it’s an antenna or a cable box. The device is currently available for $499 in addition to a monthly $99 service fee. That’s still much cheaper than the other $10,000 entry-level DVRs that SnapStream sells, but it probably isn’t cheap enough to attract the casual live-tweeting TV viewer.