The Electronic Frontier Foundation (EFF), in partnership with Visualizing Impact, just debuted a new site called Onlinecensorship.org where consumers can post when Facebook or other social media platforms take down their content. The site came into being after EFF director for international freedom of expression Jillian York and Visualizing Impact chief executive Ramzi Jaber had a conversation about content takedowns, and then won the Knight News Challenge last year. The site also informs users how to challenge content takedowns. 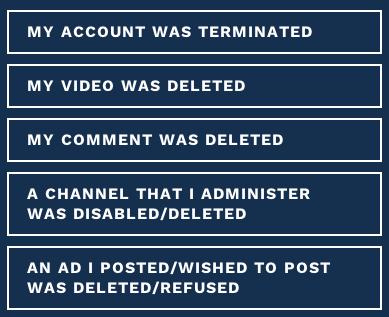 According to Fortune, York says the site “has been in the works since the 2011 Arab Spring rebellion in Egypt.” Although the project began with a focus on Facebook and YouTube, it has since expanded to Instagram, Flickr and Google. Twitter, which used to be “the free-speech wing of the free-speech party,” changed its approach and has also been added to the list; York and Jaber are also considering adding Vine.

Onlinecensorship.org is meant to be a complement to Lumen, a site formerly known as Chilling Effects. Whereas Lumen tracks takedowns as a result of copyright infringement allegations, Onlinecensorship.org focuses on takedowns for other reasons, such as users reporting the content to be offensive, disturbing or potentially illegal. York and Jaber believe that these kinds of reports are often “a way of silencing commentary they don’t like.”

“It’s a lot more complicated with hate speech and harassment,” York says. “We’re not taking a position on the content necessarily, we’re just observing and trying to force companies to be more transparent about what they do and why. They don’t want to be transparent, which is why we thought we need to go to the users.”

Sometimes content is taken down for “non-malicious reasons,” says York. “A lot of problems come down to companies relying on users to report each other, and relying on low-level, poorly-paid workers to make those decisions quickly,” she says. “And some of it is just laziness.”