On the eve of Apple’s expected new iPhone unveiling September 7, Samsung announced on Friday that it is recalling its Galaxy Note7 due to a problem with the battery cell that could lead to overheating. The world’s biggest maker of smartphones plans to replace 2.5 million phones shipped to consumers and stores. Reports first appeared online when users posted images and videos of charred phones that had reportedly exploded, often while charging. Manufacturing the replacement phones will take two weeks, according to Samsung, although it has yet to say how much the recall will cost the company.

Some analysts predict the problem could cost the company up to $1 billion. Despite only 35 registered complaints as of Friday, Samsung plans to replace the 2.5 million units already shipped. 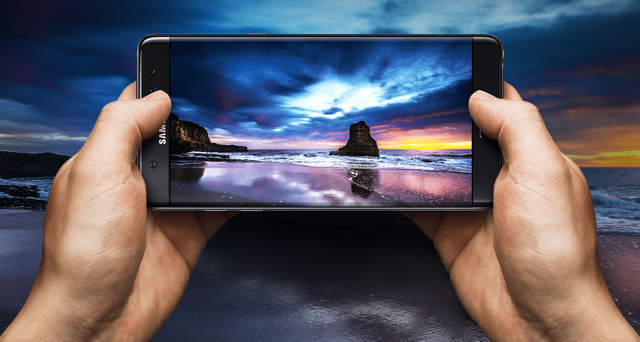 “Estimates from Credit Suisse Group AG, Daishin Securities Co. and Pelham Smithers Associates, all suggests that such a mass recall could cost the company up to $1 billion,” notes Android Authority. “The estimated cost to return each handset has been calculated at around $900 plus the profit that Samsung would have made. Koh Dong Jin, the head of Samsung’s smartphone business, said at a press conference in Seoul on Friday that this was a ‘heartbreaking amount.’’’

The ultimate damage to Samsung may depend on how quickly it addresses the problem. “If you look at previous instances in tech history where there have been recalls, as long as it doesn’t drag on to the point that the company becomes the butt of a joke, then it should be minor,” said IDC analyst Bryan Ma.

Non-profit Consumer Reports called for Samsung to issue an official recall, reports The Guardian. Samsung suspended sales on Friday, its official launch date in the United Kingdom, after already selling one million units in the U.S. and South Korea.

“Samsung should immediately initiate an official recall with the Consumer Product Safety Commission given the serious nature of the safety problem it identified with the Galaxy Note7,” said Maria Rerecich, Consumer Reports director of electronics testing.

The recall covers devices in 10 countries, excluding China, since Note7 models there feature a battery from a different supplier.

“We acknowledge the inconvenience this may cause in the market, but this is to ensure that Samsung continues to deliver the highest-quality products to our customers,” the company said in a statement. “We are working closely with our partners to ensure the replacement experience is as convenient and efficient as possible.”

“The smartphone industry is grappling with slowing demand and intense competition,” explains The New York Times. “Samsung was regaining swagger with its high-end phone models, like the Note7, in which the screens appear to spill off the side. But the battery fires threaten to undermine Samsung’s efforts, giving an edge to Apple.”