Former Instagram employees Chris Cunningham and Alex Karpenko have been working on Rylo, a new $500 software-based camera for the last two years. Rylo is a dual-lens 360-degree camera that solves three problems specific to video capture: the video needs to be stable, level and looking at the right thing. Rylo’s two lenses each capture a 195-degree field of view, which the camera stitches together into a single sphere. The imagery in that single sphere can be post-produced in one of three ways.

According to Wired, the user can pull out the exact frames desired and share it as a normal video; pan from one spot in the sphere to another; or split the shot, to see the subject and photographer simultaneously. The video also “comes out stable, level, and clear.” 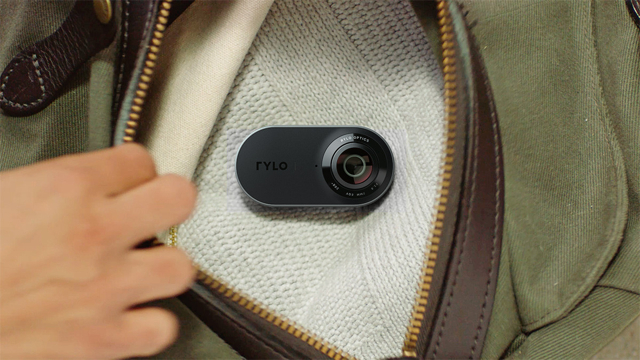 The first goal was to create the Rylo solely with software. “We looked for cameras that existed, to see if we could build on top of those,” said Cunningham. But the duo realized they needed “more control over the optics of the camera in order to correct for things like lens distortion.”

Cunningham searched on Alibaba for “camera parts for a prototype 360-degree rig” and Karpenko focused on creating the software, which worked well in an early prototype.

Rylo is an example of the growing importance of computational photography, just as Google’s Pixel 2 “gets depth-perception out of a single camera because it trained an algorithm to recognize the human head,” and “Apple took similar steps to enable the Portrait Lighting feature in the new iPhone cameras.” Computer vision and machine learning have become more important than more megapixels.

Rylo is also focused on sharing, using a short cable that connects to an iPhone (and Android in the near future), allowing the user to “edit, render, and share a video in the course of about ten seconds, all on your phone’s screen.” The Wired reviewer saw a demo of a video of the Golden Gate Bridge that, with a tap on the side of the bridge, “tells the video to track there as the car drives,” and a few seconds later pans up so the shot points vertically right as the car passes underneath the bridge.

“Suddenly I’m watching something professional, like an outtake of the ‘Full House’ credits or an establishing shot for San Francisco in a movie,” he enthused. “It’s one camera, one take, and a million different possibilities.”