During its CES press conference, Nvidia announced two new computing platforms for automobiles — the Drive CX and the Drive PX, both of which are centered on the idea that future vehicles will require an increased number of screens and great deal of computing capability. The Drive CX is a digital cockpit for powering the infotainment system, based on the company’s new X1 processor, and featuring an advanced visual computing architecture. The Drive PX is Nvidia’s image processing solution for self-driving cars.

The Drive CX “can power 16.6 megapixels for cars that have multiple screens — that’s significantly more than even the iMac 5K Retina display’s 15 million pixels,” reports TechCrunch. 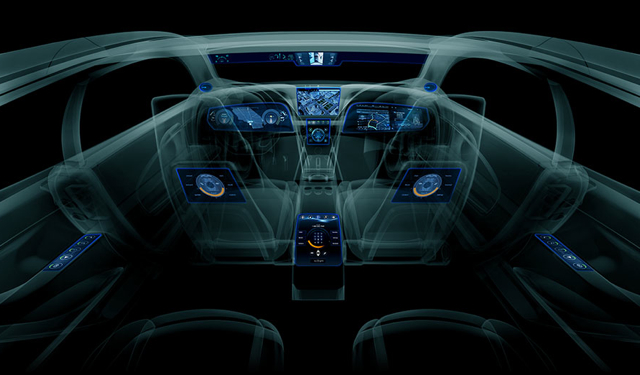 Nvidia envisions a next generation car that uses a large number of displays. “We imagine these displays will replace many of the current capabilities of your car,” notes the company. “Your mirror could become a smart display. The pillars around your car could become screens.”

Nvidia’s new chip can power much more than today’s low-resolution infotainment screens. For example, it could power as many as four Full HD screens or two 4K screens simultaneously. The platform could also power speech and image recognition.

The company believes that future self-driving cars will largely be defined by software and will need to connect to a single platform. This is the philosophy behind its Drive PX, which will include two Tegra X1 processors that can handle inputs from up to 12 cameras in real-time.

“It uses computer-vision technology based on deep neural networking techniques,” explains TechCrunch. “Using this neural network, the PX can recognize features around the car.”