Mozilla, the maker of the Firefox browser, recently announced the debut of the first smartphones powered by the Web-based Firefox OS. These modest smartphones are targeting first time buyers and consumers looking for less expensive alternatives to iPhones and Android phones. Firefox OS may not compete on the same level with Apple and Google, but it does present an opportunity for new Web-based devices that can offer many features. 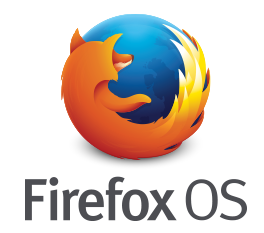 The initial release will be in Spain with the ZTE Open, and it will be available, along with the Alcatel One Touch Fire, in Poland in several weeks. The Open price tag will be $90 (69 euros) and with a two year contract, it will cost about $3.11 (2.38 euros) per month.

Firefox OS smartphones will be released in South America later this year. It is unclear if Firefox OS devices will come to the U.S. Considering the hardware and unproven operating system, the devices will most likely serve niche markets.

“Unlike Google’s Android OS and Apple’s iOS, Firefox OS relies heavily on Web-based apps,” explains MIT Technology Review. “The presumption is that this will make it easier for developers to build apps that can work across multiple platforms, and for consumers to get their hands on a lower-cost, but still decent, smartphone.”

The critically acclaimed Palm WebOS was the inspiration for Firefox OS, according to Mozilla CTO Brendan Eich. WebOS, despite never gaining significant market share, was purchased by HP and has become open source.

Eich emphasized that Firefox OS is not “aiming high and crashing into Fortress Apple and Fortress Google.” Instead, he said, it’s an effort to bring feature-phone users to a “real Web smartphone” with lots of app choices.