Four months ago, Jennifer Salke, previously NBC president of entertainment, replaced Amazon Studios chief Roy Price, who was ousted after a sexual harassment scandal. Now, she’s moving forward to clarify the studio’s message on the kinds of content it wants, as well as get more productions into the pipeline. Salke is making a strong play for Hollywood creatives to work with the studio, noting that, “there is a lot of talent out there looking for a home … [and] we have the resources.”

The New York Times notes that, under her aegis, Amazon just inked a first look deal with “Get Out” writer/director and Oscar winner Jordan Peele, and signed another Oscar winner, Barry Jenkins (“Moonlight”) to direct all episodes of a miniseries based on The Underground Railroad. She also noted that TV hitmaker Dick Wolf may be potentially available in the next two years and that the two, very close friends, are already talking about developing a project together. 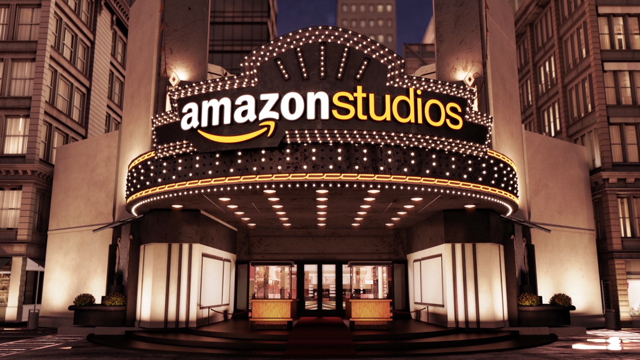 “A few months in, I’m not going to be publicly poaching,” she said. “But I’m going to be out there like I was with Jordan, proactively approaching people who are available or coming available.”

Salke is also interested in “big, addictive shows for women,” such as a John Carney-directed upcoming half-hour anthology series, “Modern Love,” based on the NYT relationship column. Salke is also moving ahead with “a high-risk adaptation of J.R.R. Tolkien’s The Lord of the Rings,” announced after Price left but before she was hired. She said Tolkien’s estate has been “super helpful” and that Amazon is “homing in on a strategy.”

Salke talks to Amazon chief executive Jeff Bezos “about every other day,” and visits Amazon’s Seattle headquarters once a week. She is under pressure to amp up the programming slate, which NYT calls “thin,” especially for a company that spent “an estimated $4.5 billion on programming last year.”

“The pressure on Amazon is their Prime membership growth has been slowing,” said MoffettNathanson analyst Greg Melich. “As a result, they need the members they have to get that much more engaged. And people that stream content also shop more frequently, spend more and are more likely to renew their Prime membership.”

Previous to working at NBC, where she “helped orchestrate a turnaround” for the network, she worked at Fox’s TV studio where she led Fox’s “Glee” and ABC’s “Modern Family.” She does not, however, have movie experience, and is expected to “add a senior executive to Amazon’s film team.”

Bloomberg reports that Amazon, which just inked a 10-year lease for its Los Angeles headquarters, has struggled to produce hit TV shows, other than the critically acclaimed “Transparent.” Although the company has won more Oscars than Netflix and Hulu combined, Bezos demands more than awards, aiming for a “cultural sensation” such as Netflix’s “House of Cards.”

The competition has bumped up the cost of bringing on favored producers. Netflix, for example, “committed about $300 million to ‘Glee’ co-creator Ryan Murphy, while Warner Bros. promised Greg Berlanti … more than $300 million to keep him away from online rivals.”