Musician Neil Young’s high quality Pono music player is slated to hit retail stores next Monday retailing at $399. Young designed the music player to exceed the audio capabilities of any MP3 player currently on the market. The PonoPlayer will have a limited release, initially hitting about 80 locations throughout the U.S. Audio files for the Pono will be available from the PonoMusic Store that went live earlier this week. Young made his announcements in front of an enthusiastic crowd at CES in Las Vegas.

“I didn’t listen to music for the last 15 years because I hated the way it sounded and it made me pissed off and I couldn’t enjoy it any more,” Young shared with the crowd. “I could only hear what was missing.” 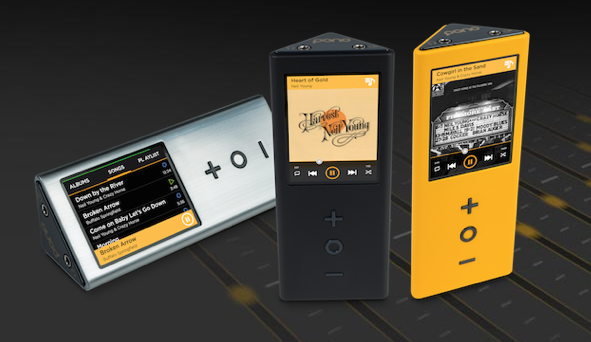 The Pono raised millions of dollars to surpass its target goal on Kickstarter last year. The high quality player may appeal to artists and music fans who are passionate about the art of music and disappointed by the distorted audio of MP3 files.

“The age of the MP3 player may be over, but the companies still making music players seem to recognize that,” suggests The Verge. “Like Sony with its high-end, $1,119.99 Walkman, Pono sees its speciality as giving it a chance in the market against the move over to smartphones and streaming services.”

“People are gonna have their phones anyway,” Young commented. “A music player? What other music players are out there? I think we have a chance.”

High quality audio files are available for purchase on the PonoMusic Store, but users should expect to pay a premium for better quality. Pono also plans to push its tech into vehicles and has already partnered with audio company Harman to make that possible.

For more information, CNET has posted a brief video report about the PonoPlayer. CEA has also posted video of a supersession interview with Young, about why high-resolution music matters.