French startup MovieSwap has a new way for users who own DVDs to stream and swap them online. The company, which has a 200,000+ library of DVDs, says subscribers who own DVDs can send in their physical DVD collection and then stream them online, “swap” movies with other users, or pay to receive DVDs that they add to their digital collections. MovieSwap is not alone in creating models that skirt Hollywood studios’ copyright infringement laws, but so far the trade group that represents Hollywood studios, MPAA, has no comment.

Variety reports that MovieSwap has launched a Kickstarter campaign. As of this morning, it exceeded its project goal by raising nearly $40,000, and the 1,589 backers are promised free access for life when the service debuts in beta this summer. 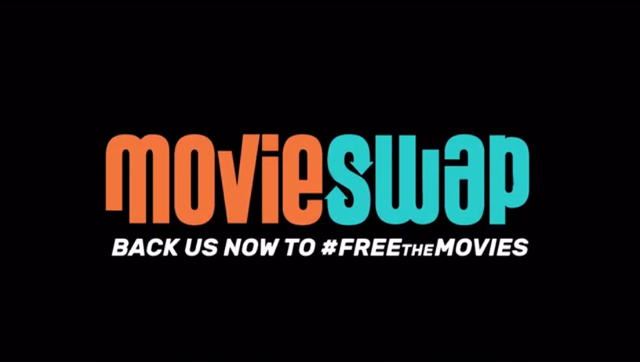 Another company that has a spin on DVD rentals is the Utah-based VidAngel, launched in 2013, which lets members stream a new release in HD for a $2 rental fee, after they purchase a DVD of the title for $20. The member can then “sell back” the DVD to VidAngel for an $18 credit toward their next purchase.

One studio executive claims that both of these companies are infringing copyright, saying they “are not in any way authorized to either rip or stream our content.” Of course, both MovieSwap and VidAngel claim their services are within legal perimeters, as “functionally… identical to the way a consumer can legally lend DVDs to friends or trade them,” although on a much larger scale.

“Our goal is to give the power back to the people by enabling them to digitally watch the films they already own,” said MovieSwap chief executive Cyril Barthet. “We don’t want the $200 billion invested by the American people on their DVDs to go up in smoke because the technology is now obsolete.”

VidAngel chief executive Neal Harmon calls his company the “family-friendly alternative” to traditional streaming because of the use of community-created filters for individual titles to eliminate sex, violence, and profanity among other objectionable content. Yes, that means you can watch “Game of Thrones” without the rape scene, says Harmon, who claims his company’s model is covered by the 2005 Family Entertainment and Copyright Act, which allows the use of technology to censor portions of DVDs.

Whether or not the movie industry challenges these services in court, notes Variety, depends in part on scale. “If either one starts to attract a significant number of users, expect the studios to swing their legal teams into action.”