Microsoft’s Build 2017 conference in Seattle showcased Azure cloud services for the Internet of Things, using multiple sensors and small computing devices to track data analyzed by Microsoft’s combo of cloud and AI tools. The new Azure IoT Edge speeds up the process because computing can now take place on-site. The first use cases will be industrial applications. Among its 29 AI services, Microsoft also now has automatic language translation for PowerPoint and video indexing by sight or tag when a word or phrase is spoken. 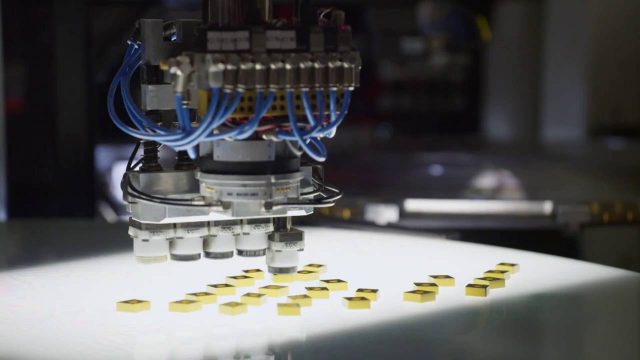 “You can’t rendezvous all your data in the cloud,” Nadella said. “You want to be able to write logic that reacts to these events.” Nadella also highlighted AI Workplace Safety, which uses AI software to first “tag pieces of equipment with properties like how it should be placed and used, as well as who can use it,” and then trigger alerts if something goes wrong.

With the introduction of Azure IoT Edge, Microsoft is heating up competition with Google, Oracle and Amazon, the latter of which is expected to introduce an IoT-enabled update to Amazon Web Services. Aiming directly at Oracle’s database, Microsoft is also giving potential customers an early look at its cloud-based Azure SQL database-as-a-service.

The company is also unveiling what it calls a “planet scale” product, Azure Cosmos DB, that “can provide a single database instance across multiple countries so that information is always up to date anywhere.” Cloud chief Scott Guthrie says Jet.com is already using it.

Meanwhile, Microsoft’s more traditional businesses are healthy, with Windows 10 now in use on 500 million monthly active devices and Office 365, the cloud version, in use among 100 million monthly commercial users. Its voice assistant Cortana has more than 140 million monthly active users. Microsoft has also inked a deal with Intel to “create reference designs” for developers to integrate Cortana into HP devices. Harman Kardon plans to make a competitor to Amazon Echo that uses Cortana and will be for sale later this year.