“Minecraft” players can create almost anything, from buildings to cellphones, with the game’s virtual building blocks. Some educators believe the game can help develop skills such as critical thinking, geometry and teamwork. 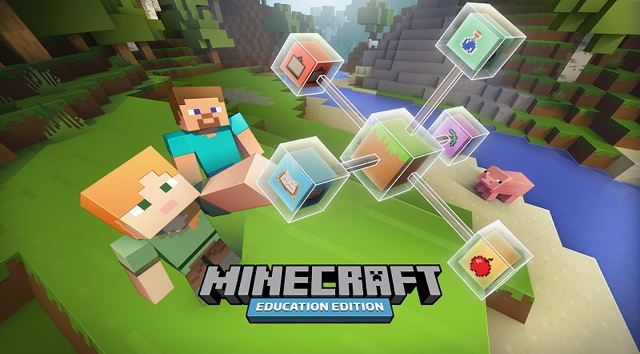 “Minecraft: Education Edition” would allow students to tie personal accounts to their student IDs and save and share their creations. Microsoft plans to market the game for all ages, from elementary school students to college students.

In fact, “Minecraft” has already had some success in schools. A startup called TeacherGaming developed a spinoff education version of “Minecraft” called “MinecraftEdu.” The company sold $3 million worth of copies to more than 7,000 schools. Microsoft bought “MinecraftEdu” last year and plans to expand on it for “Minecraft: Education Edition.”

However, the education edition might not be an easy sell. Many educational games are available for free or come bundled with textbooks. Schools have complicated and lengthy approval processes to purchase new software, and that’s only if it meets the privacy requirements and the schools have the right hardware for it.

Joel Levin, co-founder of TeacherGaming, told The Wall Street Journal that teachers are hesitant to use technology that the students know better than the teachers.

Since the game has a sizeable demographic of kids ages eight to 15, it’s not unlikely that students have played or at least heard of the game before. More than 70 million copies of “Minecraft” have been sold since its 2009 release. The mobile version is consistently one of the top paid apps on Apple’s App Store. “Minecraft” also comes in a PC version and an Xbox One version.