Microsoft is readying the debut of its Xbox Adaptive Controller for Xbox One consoles and Windows 10 computers, its first videogame controller for people with disabilities. The controller, slated to go on sale later this year, will cost $100, about $40 more than the standard version. Currently, disabled players often rely on more expensive, customized gear. According to AbleGamers, which advocates for accessibility in the videogame industry, more than 33 million people in North America with a disability play videogames. 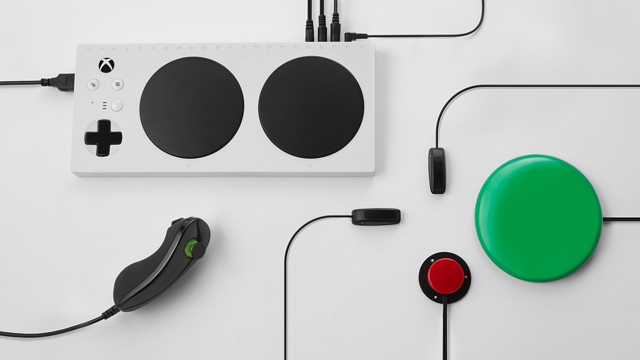 Game companies have been adding features, such as “letting players remap buttons on controllers to suit their needs … alter the colors of characters, or … turn on subtitles.” Naughty Dog studio lead game designer Emilia Schatz said that, when working on “Uncharted 4,” her team ended up incorporating more than two dozen features, based on emails and tweets from disabled players.

The Xbox Adaptive Controller, targeted at gamers with “a wide range of physical limitations,” is “lightweight and rectangular like a keyboard, with large programmable buttons and 19 inputs for connecting peripherals disabled gamers might require, such as foot pedals or joysticks.” The controller evolved from Microsoft’s 2015 hackathon, “when a group of employees chose to make a device that could be used by disabled gamers.”

Chief executive Satya Nadella, whose son was born with cerebral palsy, praised the prototype, and director of product marketing Navin Kumar noted it “fits the values of our company.”

Online videogames can be an important means of socializing and communicating for disabled players. Charley Gentry, who was born without arms or legs, “has paid as much as $300 for a modified controller” from small businesses such as Evil Controllers. When he was bedridden for three years, he said, videogames were “his main way of staying in touch with friends.”