Tubi TV, a startup that aims to aggregate content for free TV streaming, added to its Hollywood studio support with new investments from MGM and Lionsgate. They join the $6 million Series B round of financing led by new investor Cota Capital and existing investor Foundation Capital. As part of the deal, MGM and Lionsgate licensed hundreds of titles from their catalogs to Tubi TV. Former Fox Television Entertainment Group chair Sandy Grushow, currently chief executive of Phase 2 Media, also just joined the Tubi TV board.

According to TechCrunch, MGM and Lionsgate join Paramount Pictures, which signed on in March, in providing titles for the service. Tubi TV today has over 200 content partners and 40,000 hours of TV shows and movies. The number of TV/movie hours has doubled since the Paramount deal, which now provides 50 new titles per month. 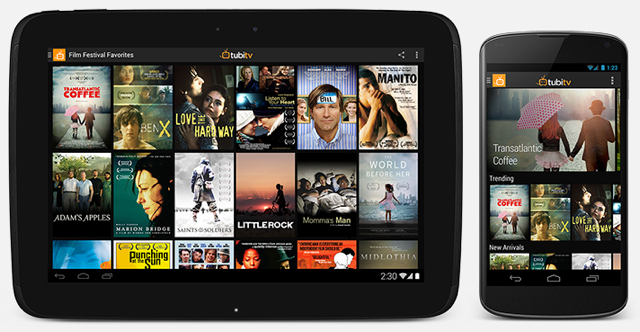 Tubi TV will not disclose the number of titles it will gain from MGM and Lionsgate, but says that it equals “hundreds of hours” of titles, with new ones added on a weekly basis.

Tubi TV monetizes the content via ads ranging in length from 15 seconds to 2 minutes. The company is not yet profitable but is growing quickly; the app has been installed over 20 million times. Its content is also available on mobile devices, gaming consoles and streaming media players like Apple TV and Roku. The viewers, which are evenly split between male and female, are tech-savvy millennials with household incomes of around $100,000.

Tubi TV was launched in 2011 under the moniker AdRise, with the goal of developing an ad platform for connected TVs. But founder/chief executive Farhad Massoudi became intrigued by the idea of aggregating content in a free TV streaming service.

“Advertisers get to reach an audience they can no longer reach through traditional TV commercials — the cord cutters and cord nevers of the world,” said Massoudi.