If CES is any indication, Google now has plenty of new competitors in the race to develop driverless cars. For example, Toyota is building an artificial intelligence company to work on the technology necessary for automated driving and Ford is increasing its testing of self-driving Ford Fusion sedans. Meanwhile, General Motors has partnered with Israeli company Mobileye NV to begin installing a camera on cars that will help collect data to create the detailed maps needed to make autonomous driving possible.

Toyota is making a major financial commitment to automated driving tech. The company pledged $1 billion to create the new AI company and recruited some of the top robotics experts from the Defense Advanced Research Projects Administration, Massachusetts Institute of Technology, and Stanford University. 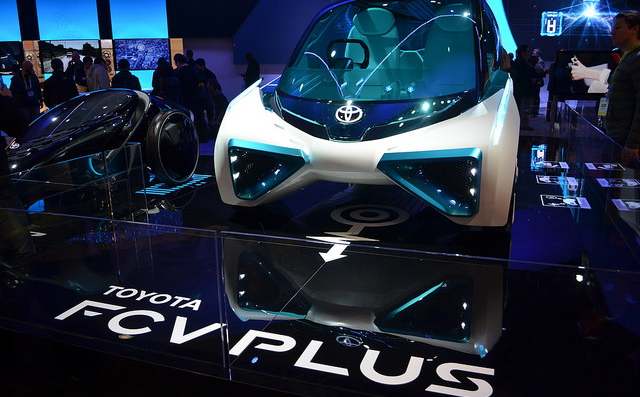 “Toyota plans to introduce an autonomous highway-driving system around 2020,” according to The Wall Street Journal. The 200-person company may also work on AI that could power other consumer products besides cars.

Meanwhile, Ford is still testing and tweaking its autonomous cars. The company is tripling the number of autonomous Ford Fusion sedans to 30 vehicles. The cars will have a new advanced laser range finder from Velodyne Acoustics hidden in the side-view mirrors.

General Motors may also be adding new tech to its vehicles. The automaker is working with Mobileye to make the navigational maps that will be crucial for autonomous vehicles. Mobileye makes a vision system for lane and object detection. GM may start using the technology as early as this year to start collecting data and sending it through the OnStar system back to Mobileye.

None of these technologies would be possible without advancements by chipmakers to help power the computers behind autonomous cars. Nvidia unveiled a computer designed specifically for driverless cars that it claims is as powerful as 150 MacBook Pro laptops. These computers are crucial because of the vast amounts of data from sensors and maps.