Up until now, virtual reality content from The New York Times, the United Nations, Facebook, YouTube and others is actually more accurately described as 360-degree video. What that means is that, although it is immersive, the viewer can’t move inside the VR experience, limited to three “degrees of freedom” (3DOF). In computer-generated videogames, the player has six degrees of freedom (6DOF), and Lytro has advanced its plans to bring that to cinematic virtual reality with its light field camera system. 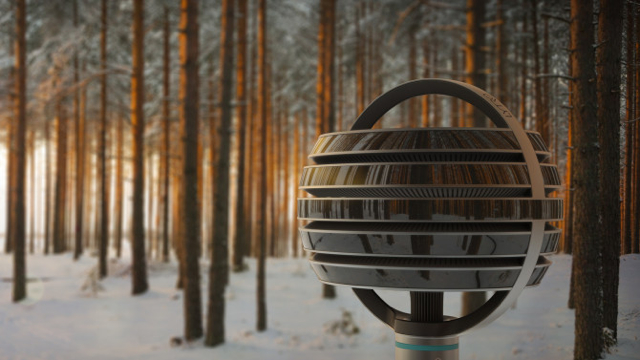 “We’ve been working on the tech a long time,” he said, “and this is proof that you can do it.”

What “Moon” shows is a 360-degree 3D video with no stitching. “The lighting is view-dependent: when your perspective changes, so do surface reflections,” reports Wired. “It’s a quantum leap forward for the medium, as well for the words we use to describe it.”

Milliron explains that “videogame engines are high-immersion but low-reality; 360-degree videos are the opposite, shackling photorealism with a stationary forced perspective.” Lytro aims to do both with its Immerge camera system that uses 300 individual lenses. The workflow is “comparable to conventional 360-degree videos.”

“Moon” was created with a two-day shoot and a single person in post production for eight weeks (although the CG lunar lander and moon were created by an outside firm). Milliron says improvements in the camera and processing tools mean that, “in the future a crew of two or three could make a much longer movie in the same amount of time.”

Not everyone was as impressed with “Moon” as Wired. Variety notes that Lytro’s short film “still requires users to watch from a distance, seated, and not move their head too much to the side,” an experience it calls “a bit underwhelming.”

Milliron explained that, “these constraints were largely due to the current camera configuration, which is … capable of capturing a space of up to five by five feet.” The goal is “recording an entire room with light field cameras,” a feat that “will be a lot more complex.”

Milliron believes that, not only is it possible, but that “Lytro may be able to pull it off as early as next year.” In a nod to Lytro’s strengths, Variety adds that, “as viewers still get used to VR, light field can help to make videos feel more realistic without being gimmicky. In other words: It’s not 3D theater all over again.”