New York-based startup Keep allows Internet shoppers to add any merchandise from across e-commerce sites to one unified shopping cart. Now, with the addition of the OneCart feature, users can add an item from any online store to the mobile app and check out with minimal effort. And rather than entering credit card and shipping information for every shopping site, Keep unifies the experience by allowing users to enter information just once to be used universally. 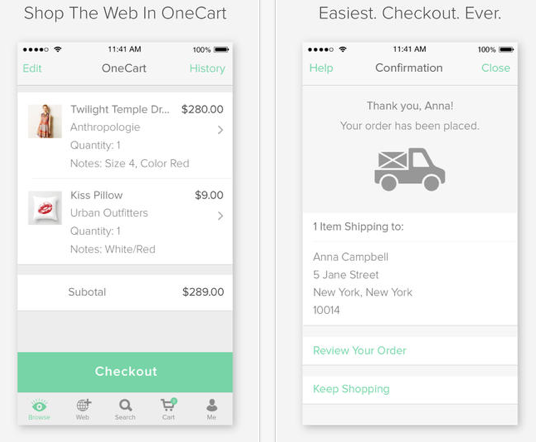 “In a sense, Keep is trying to beat Pinterest at its own game,” suggests Wired. “Speculation on potential business models for the hugely popular but revenue-challenged site has included that users could buy stuff they pin directly through the site. But so far, that hasn’t happened. At Keep, on the other hand, the new shopping experience seems seamless. For online stores, it’s a potentially massive business opportunity.”

“OneCart is not the first service to call itself a universal shopping cart, but Bekkedahl says it is the first that is actually universal,” explains Wired. “That’s because most other companies, like Lyst and Cosmic Cart, sign retailers on one-by-one, she says.”

Keep requires more work than these apps, however, because users pay the app, which then pays the retailer. This means the company requires part-time employees to manually complete the purchase through the individual online store.

The process for buying through Keep is expected to become even easier in the next version, through which the “Buy” button will appear on all online stores when browsing the Internet, not just when browsing via the app.

Keep says that in the month that OneCart has been in available, the app has been used to shop at 1,533 different stores.

“But, if Bekkedahl and company are right that fewer carts will equal more buying, OneCart could radically expand the size of the e-commerce market — even if it radically shrinks the remaining balance in the rest of our bank accounts,” says Wired.