Intel has inked a partnership with the International Olympic Committee through 2024 to showcase its virtual reality, 360-degree video, artificial intelligence and drone technologies. Intel has already been using its VR and other technologies for baseball, basketball and football games, and the deal could help heighten its profile in sports. An internal group started exploring deals last fall. Because TV ratings for the Olympics have been falling, a technology sponsor could help the Games reach a younger demographic.

Bloomberg reports that International Olympic Committee president Thomas Bach acknowledges that the younger demographic is “living a digital life.” “So we have to go where they are in the digital world, in their virtual reality,” he said. Intel’s initial outing will be the Winter Games in 2018 in Pyeongchang, South Korea, where it will provide real-time virtual reality viewing. 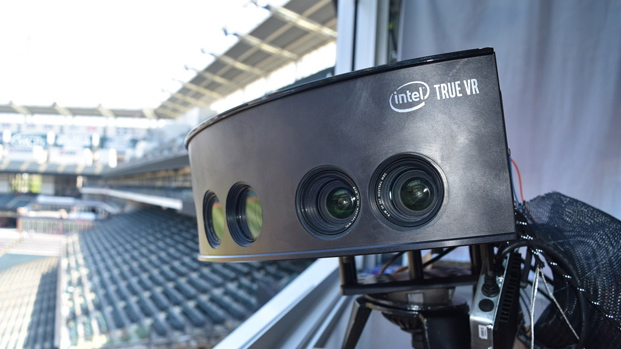 “This is like running a marathon and half-mile dash at the same time,” said Intel chief executive Brian Krzanich. “At Intel we have always strived to bring the peak of technology, the peak of performance. We strive for those the same way an athlete does.”

Among other technology sponsors, Samsung Electronics is the IOC’s official wireless partner, Panasonic is the official television and video partner, and Alibaba Group and General Electric provide tech services. McDonald’s, an Olympics sponsor since 1976, recently ended its partnership three years before the agreement was set to expire.

Intel also just signed a three-year deal with Major League Baseball described as “a marriage of the broadcast and the second screen.” Its True VR technology, for select games, will let fans choose among four different VR angles, and give them access to stats, player data and out-of-town scores.

The company also has a VR deal “with the National Collegiate Athletic Association and Turner Broadcasting System to produce March Madness games, and is a replay partner of both the National Football League and National Basketball Association.”