Quantum computing is beginning to gain traction since, two years ago, IBM made its IBM Q 5-quantum bit (qubit) computer available to researchers. Now, 70,000 users around the world have registered to use the IBM Q, and Big Blue has quadrupled the qubit count. Also recently, IBM and Intel announced quantum computers with 50 and 49 qubits respectively, and Google is reportedly nearing launch of its own qubit computer. Experts are now waiting for the quantum computer to rise above the best supercomputer at accomplishing tasks.

Wired reports that this event, dubbed “quantum supremacy,” might seem ludicrous given that the ordinary laptop houses “billions of classical bits” versus 50 qubits, but “50 qubits has long been considered the approximate number at which quantum computing becomes capable of calculations that would take an unfeasibly long time classically.” 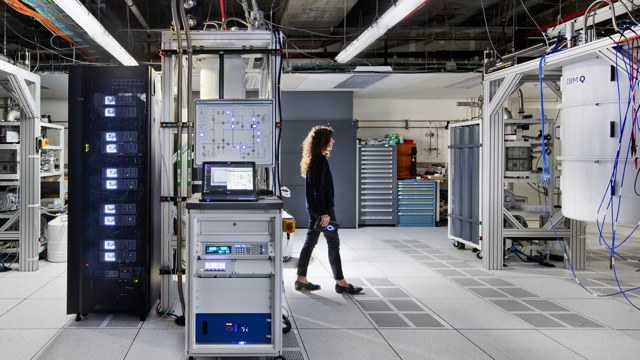 In mid-2017, Google researchers said they “hoped to have demonstrated quantum supremacy by the end of the year.” Today, Google says it hopes to announce results soon.

Quantum computing, however, still faces the challenges of implementation, and “the next year or two might be the real crunch time for whether quantum computers will revolutionize computing.”

Although it’s “hard to say qualitatively why quantum computing is so powerful precisely because it is hard to specify what quantum mechanics means at all,” it should in principle work: “at least for some classes of computation such as factorization or database searches, there is tremendous speedup of the calculation.” But quantum computers will most likely be prone to errors initially, which is why IBM researchers refer to it as “approximate quantum computing.”

“A sufficiently large and high-fidelity quantum computation should have some advantage [over a classical computation] even if it is not fully fault-tolerant,” said IBM Thomas J. Watson Research Center quantum information scientist Jay Gambetta. Simulating “stuff at the atomic level” is likely to be “one of the most immediate error-tolerant applications,” because “the quantum behavior of electrons and atoms is relatively close to the native behavior of a quantum computer,” according to University of Maryland quantum theorist Andrew Childs.

Harvard University quantum theorist Alán Aspuru-Guzik adds that because quantum computing will allow the construction of an “exact computer model of [such a] molecule … quantum chemistry and materials science will be one of the first useful applications of such devices.”

The success of quantum computing, opines Wired, will take place “through an interactive and perhaps messy collaboration between developers and users, and the skill set will evolve in the latter only if they have sufficient faith that the effort is worth it.” Which is why IBM is offering a 20-qubit quantum computer to corporate clients as well as a 16-qubit IBM Q. So far, JPMorgan Chase, Daimler, Honda, Samsung and the University of Oxford have signed up.