A new app from Instagram makes it possible for users to create high-quality time-lapse videos from their iPhones. Amateur photographers simply click a button to start and stop recording, and then use a single slider to adjust the speed of the frames. The new app relies on data from the smartphone’s built-in gyroscope to perform the image processing, making the videos appear less shaky. Hyperlapse is currently available on iOS, while an Android version is being planned. 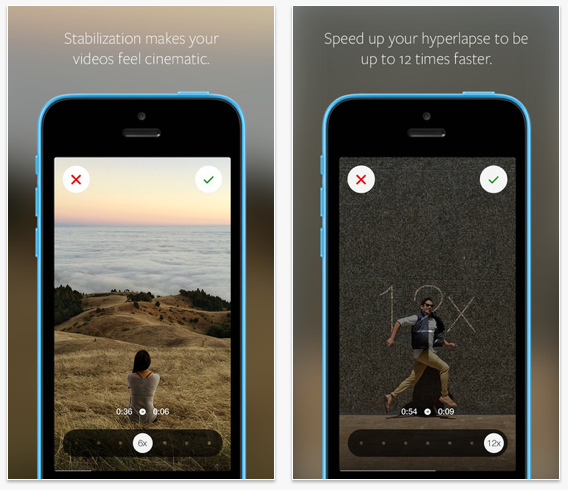 Like the Instagram app, Hyperlapse is a simple way to manipulate and share images. The slider that allows the user to adjust the speed of the video goes from 1x to 12x. According to Wired, “The higher replay speeds work better for shooting the sky out your airplane window, the scenery scrolling past during a train ride, or anything else that’s moving slowly in the distance.”

Without the app, time-lapse videos are a very complicated project to produce, usually requiring $15,000 dollars of equipment. The image processing required complex algorithms that smartphones could not handle. However, that’s not the case anymore.

“This is an app that let’s you be in the moment in a different way,” said Instagram co-founder and CTO Mike Krieger. “We did that by taking a pretty complicated image processing idea, and reducing it to a single slider.”

Hyperlapse’s stabilization technology makes these recorded videos look professional. Shaky images are replaced by smooth footage because of the algorithms that string the images together and an automatic zooming effect, which eliminates the uneven edges caused by shaky hands.

Saved Hyperlapse videos can be shared on Instagram or Facebook. The team at Instagram is hoping to develop an Android version when the proper API’s become available.