Mattel plans to release Hello Barbie, a Wi-Fi connected doll with voice recognition software that allows users to engage in basic conversations with the doll. The tech enabled Barbie, which will be available later this fall for $74.99, is connected to the cloud so that once it records a user’s dialogue, it transmits the information to a server, which then aggregates appropriate responses for the doll. Hello Barbie’s voice recognition software comes from San Francisco startup ToyTalk.

“As ToyTalk gathers recordings of its users’ conversations with Hello Barbie over time, it ‘learns’ their name, interests and conversational habits, which Mattel says is intended to improve the quality of responses,” explains Quartz. 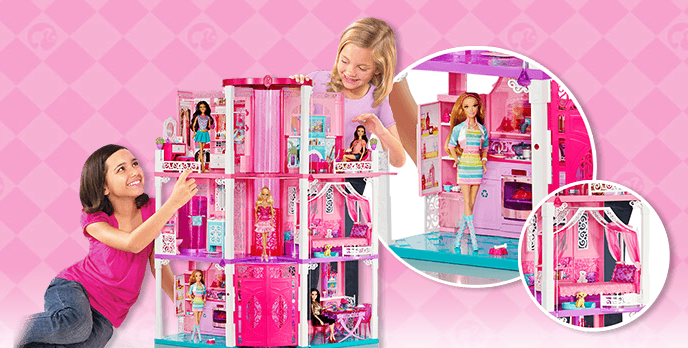 The doll’s Internet connectivity and ability to record and store users’ conversations has prompted early concerns about privacy and security guidelines. In response, ToyTalk CEO Oren Jacob confirmed with Quartz that despite its capabilities, “No data collected can nor will be used for marketing, advertising, nor publicity purposes.”

As stated under its privacy page, ToyTalk “may also feature extracted data and transcripts that are created from such Recordings, but from which any personal information has been removed, with Service Providers or other third parties for their use in developing, testing and improving speech recognition technology and artificial intelligence algorithm and research and development or other purposes,” Quartz notes.

Mattel says that the idea to push forward with a Web-connected doll with voice recognition capabilities is in response to market demand. “The number one request we keep getting from girls is that they want to be able to have a conversation with Barbie. They want to talk to Barbie,” said a Mattel spokesperson at the New York Toy Fair.