Against the backdrop of eroding live TV viewership and the expansion of video games and Web video, acclaimed filmmaker Steven Soderbergh (“Traffic,” “The Knick”) has directed “Mosaic,” an interactive series with branching narratives. Co-developed by Soderbergh and former Universal Pictures head Casey Silver with screenwriter Ed Solomon, “Mosaic” is a multi-episodic mystery that allows audiences to choose the story threads they experience. The series is now available for free download from Android and Apple stores and for viewing with Apple TV.

Produced for HBO for a publicized budget of $20 million, “Mosaic” represents more than seven hours of cinematic quality content. Episodes vary in length — from short to nearly an hour long. The plot and the ending are predetermined, but viewers can choose which character’s perspective to follow, in what order and how many episodes to consume, in total. 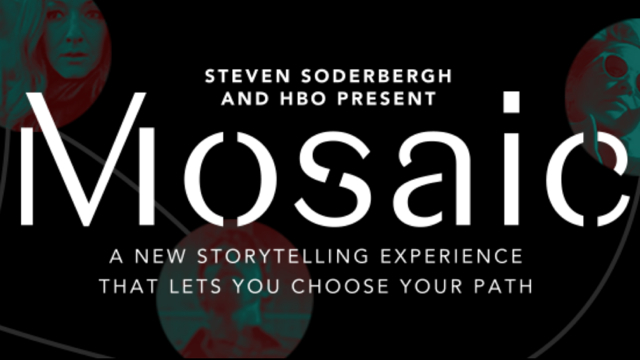 Soderbergh debuted a first look of “Mosaic” during an interview with film critic Elvis Mitchell at last month’s Future of StoryTelling Festival in New York City.

The script for the Sharon Stone-starring experiment “is more that 500 pages long and was written after most of the story was laid out using … notecards,” according to Wired. “Each scene — and the point at which it should be introduced — had to be meticulously planned so that no detail was revealed too late or too soon.” The series was shot in Park City, Utah, in just 49 days — a schedule made all the more challenging by the need to film scenes in multiple versions. 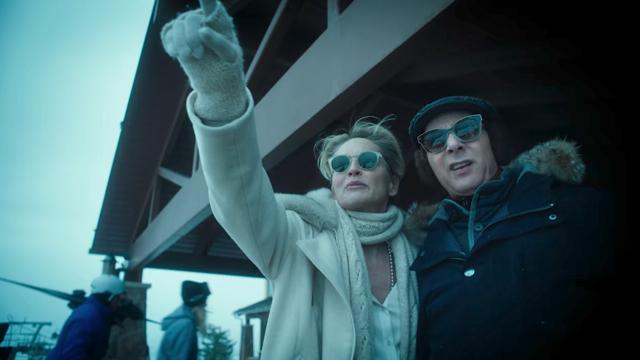 “Mosaic” was created in tandem with a purpose-built, interactive platform from PodOp, Silver’s production and technology company. According to TechCrunch, “PodOp filed 14 patents during the process, and built storyboard management and analytics tools to help Soderbergh tell the winding tale and see how audiences respond.”

There are plans to make the PodOp platform accessible to other filmmakers. “We’re going to be the Pixar of branching narrative,” Soderbergh told TechCrunch. “I looked at this as sort of an open source format that other filmmakers can come in and push.”

Two more Mosaic series by the prolific director are on their way, and a more traditional, six-part version of this first take is slated to air on HBO in January 2018.