Zcash is the latest in virtual currency, designed by academics with advanced cryptography to be untraceable. After only a few days on the market, Zcash is soaring in popularity, with investors paying over $1,000 for a single unit. The company, led by developer Zooko Wilcox, has already received $3 million from several Silicon Valley venture capitalists as well as the support of computer scientists at Johns Hopkins University and the Massachusetts Institute of Technology, and privacy advocates.

The New York Times notes how Zcash differs from Bitcoin. “While Bitcoin was initially described as an anonymous currency, its transactions are recorded on a public ledger that can be tracked and traced by law enforcement,” and, because Bitcoin users have a unique address, “authorities are often able to link an address to a real person using sophisticated data analysis.” 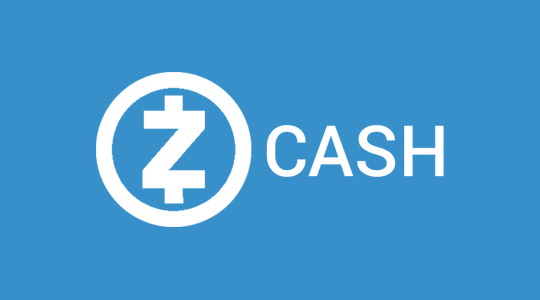 Bitcoin’s ledger, also known as blockchain, allows investigators to “track down some people selling drugs for Bitcoins on black market websites.” That traceability is something that attracts major financial institutions to blockchain technology, as a “decentralized way to keep financial records.”

Blockchain is so appealing that “major central banks have recently been talking about using the technology for their own currencies,” while others are pushing to “make it easier to integrate with the existing financial system.” For example, startup Chainalysis “helps banks and regulators track activity on blockchains,” and its founder Jonathan Levin says “the authorities [have] become comfortable with virtual currencies because they had been able to trace transactions in cases of criminal activity.”

Levin isn’t so sanguine, however, about Zcash being able to do the same thing. That’s because Zcash, which was developed by cryptographers at M.I.T. and Israel, uses a so-called zk-Snark method “that allows transactions to be confirmed by the network without anyone recording the Zcash addresses involved in the transactions.”

Wilcox, backed by a former top New York state financial regulator and a former federal prosecutor, plans to have an open virtual meeting with U.S. law enforcement officials to convince them that Zcash isn’t intended to enable illegal activities.

“The basic story is that we have been gradually losing our privacy in a whole bunch of ways that people don’t appreciate,” said Johns Hopkins assistant professor Matthew Green, who began developing Zcash with some of his graduate students in 2013. “This brings back a little bit of that privacy that computers have taken away from us. This technology gives us a defense against something that until now we have been defenseless against.”

As of Monday, only 1,500 units of Zcash were released, sparking “the speculative frenzy.” But the currency will “be released slowly to computers that help support the network underlying the currency” until there are 21 million Zcash units in the world. A for-profit Delaware corporation, Zcash Electric Coin Company, led by Wilcox, is running the project.

NYT says that, “the corporation, developers and early investors will be compensated by what amounts to a 10 percent charge on all the new Zcash generated by users during the first four years of operation. Some of these coins will also be directed to a nonprofit Zcash foundation.”