At Google I/O, the company revealed an upgrade to Android Auto that allows a user to plug her smartphone into the car and see all her apps with new templates presenting the apps in a more engaging manner. The upgrade also includes group messaging and RCS (Rich Communication Services) with support for Google Assistant. The update will allow a driver to group text friends via voice. Also announced is that Volvo will build Android Auto into its head units, one of the first automakers to do so.

Engadget reports that, “the era of ‘good enough’ infotainment systems is coming to an end,” in part due to the move to self-driving vehicles. “Handing that experience over to a tech company means you have nothing to offer your customers and they might as well buy another company’s autonomous car,” it notes. 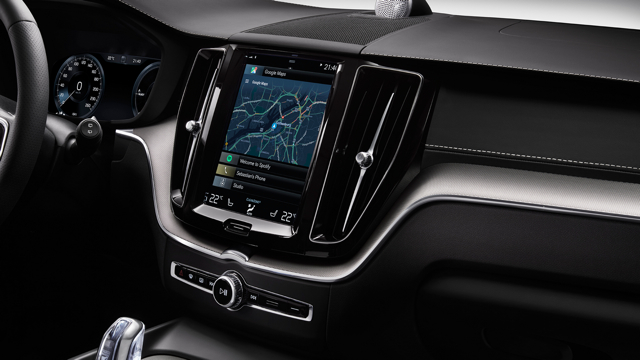 Google has teamed up with Audi and Volvo to “integrate voice search and maps into vehicles.” Apple, meanwhile, has ceased its efforts to build a car, which likely means it will “put more resources into CarPlay,” leading, one hopes, to “real updates” and “opening up of the system to third-party map software.”

The danger for tech companies is that if they don’t step up their game and only add a few items or avoid updates, “the automakers will make sure that our smartphones will go from indispensable infotainment systems to media libraries.”

TechCrunch reports that Volvo’s integration of Android Auto into its head units will feature “a special on-screen interface designed for the car,” meaning the driver won’t need a phone. This “stand-alone experience” means the automaker can “offer a number of custom elements or maybe even support multiple screens.”

At I/O, the Android Auto team acknowledged that “in-car screens are starting to get bigger and popping up in different sizes,” and “the team is now looking at how it can evolve the Android Auto UI to better support these different screens,” including touchscreens.

The new Android Auto experience shown at I/O, similar to that shown with Volvo, “relies on a large vertical screen and a user interface that is deeply integrated with the rest of the car’s functions.”

“The goal of this concept is to adapt Android Auto’s design to a vehicle-specific theme,” said Android Auto staff design lead/manager Lauren Wunderlich. “This includes additional ergonomic details and nods to the vehicle’s interior design.” The I/O demonstration also showed “an improved search experience” that will “allow developers to group results by groups, say playlists and albums in a music app.” New user interface elements include “an explicit content warning and an icon that lets you see when a playlist has been downloaded to your device.”

The future roadmap is an upgrade to Android P, the company’s just-released version of its operating system, which would offer support for “integrations between driver assistant systems and Maps data … as well as ways to suspend Android Auto to RAM” for built-in versions.