Facebook Aims to Connect the World and Attract More Users

Facebook has debuted a simple, less expensive way to bring wireless networks to rural areas, especially in developing nations. OpenCellular is a platter-sized device that can be attached to a telephone pole, tree or street lamp, to drive a variety of wireless networks, from 2G to LTE and Wi-Fi. Rather than get into the hardware business, however, Facebook will open-source the design for OpenCellular, with the hope that others will develop it to connect the 10 percent of the world that lacks cellular networks.

According to Wired, Subbu Subramanian, one of the project’s engineering directors, notes that, “there’s not yet a viable business model for operators to set up shop and bring connectivity to rural villages.” 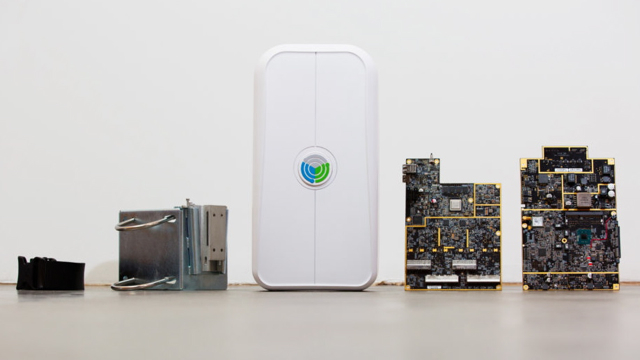 “We want to make sure people have that connectivity — and that there’s a healthy entrepreneurial ecosystem that can spur innovation ever further,” he said. Facebook calculates that “more than 4 billion people still don’t have access to the Internet.”

With 1.5 billion users worldwide, Facebook hopes to grow by expanding the reach of the Internet. To do so, it’s “bootstrapped” the founding of the Telecom Infra Project (TIP), whose mandate is to “freely share and develop new kinds of telecom hardware in tandem with others.” Those others include “the largest wireless networks in Germany and Korea” as well as Nokia Networks.

OpenCellular, its firmware and software, will be released at an undetermined date via TIP.

OpenCellular is small enough to be worn like a backpack. “Anyone who can climb a tree can put it up,” says Subramanian. Although it requires power, Subramanian and his team “are working to keep power requirements to a minimum,” and Facebook is also developing antennas to provide wireless backhaul, “streaming Internet signals from cities out into distant rural areas.”

But even if the backhaul connection goes down, OpenCellular still has the core networking hardware to let “people communicate with each other locally, sending and receiving texts or making calls.”

Facebook is also building — and open-sourcing — drones and communication lasers, “moving into a market traditionally controlled by companies like Nokia Networks and Ericsson.” That’s helping to open up competition to some of the bigger companies.

Ericsson executive Erik Ekudden says that the company “believes that the existing players can deliver the Internet to about 90 percent of all people on the planet merely by upgrading existing wireless networks that provide phone service without delivering data.” That’s not enough for Facebook, which “wants to reach that other 10 percent.”