Millennials are paying as much as $50 per hour to be locked in a room that they can only exit by cooperatively solving puzzles. This kind of immersive entertainment has similarities with games, live theater and virtual reality experiences, and is becoming increasingly popular. Among the most notable examples is Sleep No More, a UK immersive theatrical experience that has been a huge hit since it opened in 2011. Director and live experience entrepreneur Michael Counts is making the most of the trend.

Forbes quotes Counts as saying that immersive entertainment has “reached a tipping point,” with the beginnings of “an entertainment experience economy.” He was behind two immersive experiences: The Ride, a tour of New York’s theatrical district, and Paradiso, an escape room “that combines high tech devices with live role playing actors, some of whom pretend to be FBI agents infiltrating the cultish Virgil Corporation.”

Counts’ value-added for the latter experience is that, “for a little extra money, Paradiso and Virgil will follow you home to give you an intense, personal, real life experience.” 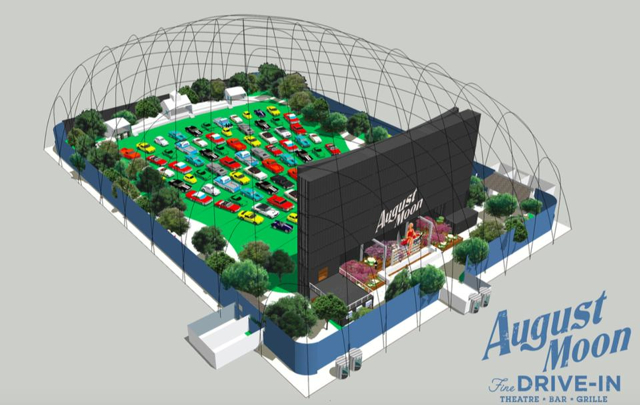 Counts tips his hat to Walt Disney, who, he says, “was the first person to realize that people want to be immersed, transported, into the world of a movie.” His next experience project is “a Disney-like immersive installation in Nashville,” dubbed August Moon Drive-In (above), which will transport audiences to a 1964 summer night at a drive-in movie theater, complete with a 1957 Chevy convertible.

He’s not alone in pursuing the dream of making money in the experience economy. UK computer engineer Ali Khan and his wife Samrien Hussain invested their life savings into Tick-Tock Unlock escape rooms in several locations. Although tethered to HTC Vive VR headsets, users “have room size mobility, can pick up and manipulate objects and can see one another’s avatars inside the layered, mixed reality world.”

Now the couple, partnered with game developers, plans to open a Hyper Reality Experience Center in London later this year that will feature a World War II shooter adventure and a sword-and-sorcery fantasy. Khan’s plan is to network six players together in the London center, providing a social element that the existing 10 escape room titles for home VR systems don’t have.