Energous, Other Firms to Offer Wireless Charging 2.0 in 2017

Energous has seen its share price more than double this year, due to its success with charging mats. But this company, along with a few others, has its sights set on Wireless Charging 2.0: the ability to charge phones, tablets and smart watches from across the room. In the second half of 2017, Energous plans to incorporate its technology in a transmitter that uses radio waves to charge devices from three to five feet away. In the next two years, consumers will see similar technology from WiTricity, AirFuel Alliance and Ossia.

According to Bloomberg, Energous chief executive Steve Rizzone states the company “hopes to introduce a similar transmitter that can be integrated into devices like flat-screen TVs to juice up gadgets from 15 feet away” in 2018. Specifics such as how much power the technology would be able to transmit and at what distance were not disclosed for first-generation products. 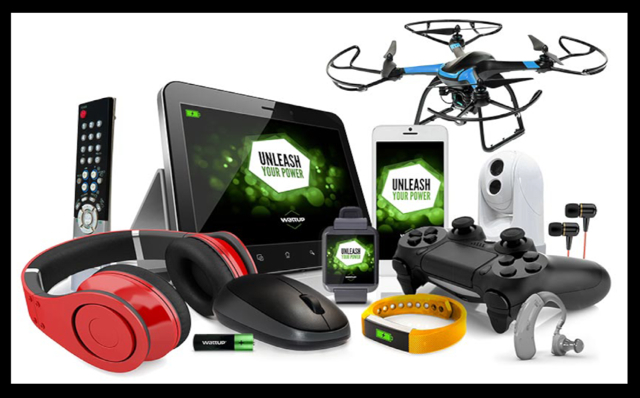 This new wireless charging technology would supplant the current Qi technology, which “is built into devices including Samsung’s Galaxy S7 and requires placement of a device on a physical charging pad.”

Ossia, Humavox and WiTricity are also developing wireless charging solutions. In 2017, WiTricity’s technology “will be embedded in a commercially available notebook computer,” says chief executive Alex Gruzen, who adds that the first cars with wireless charging will also appear. Ossia will debut receivers in early 2018 and devices to “catch” the power in 2019, says chief executive Didier Le Lannic.

“If we are not in the market where the majority of devices have wireless charging within five years, then we’ve done something critically wrong,” said Tirias Research analyst Jim McGregor. Next year, these technologies will appear at the Consumer Electronics Show. At AirFuel Alliance, which will showcase “tablets and other devices with its resonant wireless charging technology,” president Ron Resnick predicts that, “it could be 50 to 200 products coming out next year.”

To catch on, companies offering this technology also have to deal with health and safety concerns, since the FCC “still needs to rule that wireless charging at a long distance is safe.” Last, manufacturers must “embrace these technologies — which range from radio frequency waves to ultrasound to lasers.”