In addition to games it plans to produce this year, Electronic Arts offered a glimpse of the future at its E3 press conference. CEO Andrew Wilson promised “raw prototypes of what’s to come over the next few years” and “thoughtful reflections on what’s inspiring the future.” Early prototype footage was shown for “Star Wars Battlefront” from DICE, a new game in the “Mass Effect” series from BioWare, and an unnamed first-person game with helicopters, motorcycles and skydiving from Criterion.

Even “Mirror’s Edge,” previously announced at last year’s E3, was only shown this week as a conceptual prototype, and likely far from release. 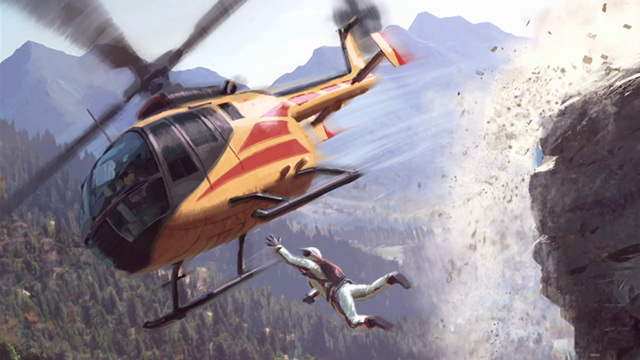 “Things wrapped up with ‘Battlefield: Hardline,’ which leaked all over the Internet a few weeks ago,” reports Wired. “It’s a cops versus criminals game made by Visceral, a studio that used to make unique creepy horror games and now makes shooters like everybody. The developers describe it as ‘much more like a TV crime drama than a traditional shooter.’ The beta of the game is now live on PlayStation 4.”

Electronic Arts also introduced sports staples including “FIFA 15,” “UFC,” “Madden 15” and “NHL 15.” Digital Trends has posted videos of most of the EA games, including those not making headlines such as “PGA Tour 2015” and “The Sims 4.”