VentureBeat reports that another company working towards new OLED emitter materials is Kyulux in Japan, which started its work in 2015. Kyulux also enjoys support from Samsung and LG, which “joined a $13.5 million funding initiative in the company last year, with Samsung Ventures leading the round.” 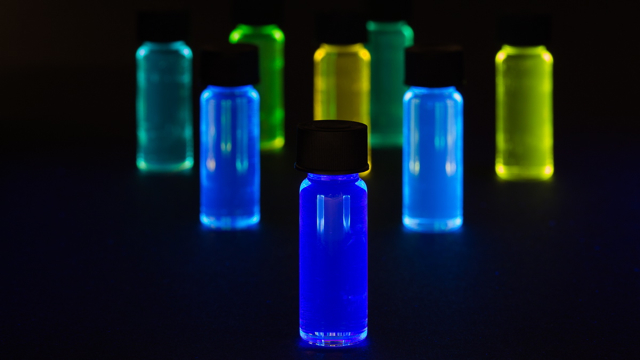 If Cynora, Kyulux and other companies developing products in this arena succeed, the resulting OLED displays will both “reduce power consumption and enable higher-resolution screens.”

With the goal of commercializing its new OLED emitter technology, Cynora plans to ink deals with display manufacturers, including LG and Samsung. In fact, Cynora is currently on track to commercialize its first “blue” product by the end of 2017, “and it plans to develop materials for green and red in OLED displays by 2019.”

“This investment confirms that our materials are highly attractive for the OLED display industry,” said Cynora chief executive Gildas Sorin. “Cynora will work in close collaboration with LG and Samsung to support their respective activities. The cash injection will also be used to strengthen our worldwide presence as a supplier of high-efficiency emitting materials.”

Samsung is “reportedly the sole supplier for the OLED displays in Apple’s recently announced smartphone triumvirate, which includes the iPhone 8, iPhone 8 Plus, and iPhone X.”