Varun Nair of Two Big Ears Ltd. and Jean-Pascal (JP) Beaudoin of Headspace Studio gave an excellent primer on “Audio for Cinematic VR” at this week’s GDC VR Developers Conference at the Moscone Center in San Francisco. Beaudoin started by making two overarching points: the sense of presence in VR is proportional to the amount of immersion, and it is important to understand the Field of Audition (FoA – the sound space). The session also addressed three key types of sound space designs: diegetic audio, acousmatic audio and non-diegetic audio.

Diegetic audio is the 30-degree sphere that comprises the normal forward-facing cinema screen audio experience. Acousmatic audio is the rest of the sphere of localized sounds that surrounds you in the real world. (According to Wikipedia, it is the sound whose source remains unseen.) Non-diegetic audio is surround sound that is not connected to any particular visual object; such as a voice-over or the musical score playing over a scene. 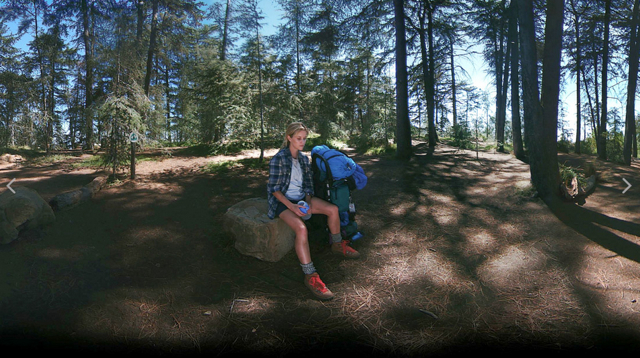 Nair and Beaudoin then discussed examples of how they have applied those academic concepts in their work.

Be subtle with audio cues, Beaudoin suggested, so your audience doesn’t feel manipulated. In “Wild: The Experience” with Reese Witherspoon, Beaudoin had a bird fly and wind blow in the trees from front-to-back to hint that you should turn around even before Laura Dern started speaking directly behind you.

Give depth to your sound design was another suggestion. Spatial audio with good depth characteristics enhances the visual depth cues and the overall immersive experience. Nair has found that over-compressing the audio can crush the depth.

Audio can support the narrative arc over multiple shots in more than the obvious ways. Audio can transition from fully spatialized diegetic audio in one scene to ambient non-diegetic audio in the next. This has proven to be an effective storytelling enhancement.