Many of today’s top-tier smartphones can cost upwards of $650 (a price often hidden in a carrier plan), which hasn’t changed since Apple launched its first iPhone in 2007. Chinese startup OnePlus is aiming to change that. This month, the company will begin taking pre-orders for the One, a low-cost, high-end smartphone that runs a flexible version of Google’s Android called CyanogenMod. The $299 price tag is not part of a carrier plan, but the total cost, making the One about half the price of competing phones.

“I’ve been using the One for the last couple of weeks, and I’ve found it to be one of the best smartphones I’ve ever used,” writes Farhad Manjoo for The New York Times. “The One has a beautifully spare design, it’s loaded with the latest tech specs, and it runs CyanogenMod, a version of Google’s Android operating system that is far more flexible and easier to use than the cumbersome flavors of Android now stuffed into rival phones.” 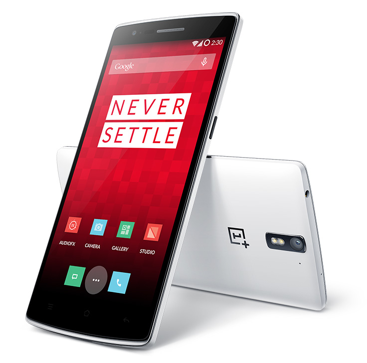 The $299 phone is about half the price of competing high-end smartphones offered by companies including Apple, HTC and Samsung. And since carriers such as T-Mobile offer discounts on cellular plans to those who bring their own phone, the One could represent significant savings for consumers.

“If OnePlus can navigate the perils of the cutthroat smartphone business, it may be giving us a peek of the glorious future of great, cheap phones,” suggests Manjoo.

The idea of creating an affordable high-quality smartphone for the masses is not new, especially in China where a number of startups are working on new handsets.

“These devices are radically shifting the mobile industry in China and other parts of the developing world,” notes Manjoo. “This summer, Xiaomi, another start-up that sells its low-price phones in China, surpassed Samsung as that country’s top smartphone vendor, according to the research company Canalys. Samsung’s profits are being battered by the intense competition from low-priced rivals.”

OnePlus envisions a strong global future for the One. According to Carl Pei, who directs the OnePlus global division, the company’s international staff is divided equally between Asia, Europe and the U.S.

“We don’t really think of ourselves as a Chinese startup,” he said.

Editor’s Note: Thanks to community member Lee Lanselle of AsiaParks Partners for forwarding this news item.