In the last few months, Chinese smartphone brands have begun to dominate sales in India, the world’s fastest growing phone market. Led by Vivo, Chinese phones represented four of the top five phones there in Q4 2016, according to a report by Counterpoint Research, which noted that the move demoted former top-of-the-list Indian phones Micromax and Intex. Samsung is the smartphone manufacturer with the most to lose. Although its phones are still No. 1 in India, its share of sales nationwide lost 5 percent in the last year, now at 24 percent.

Bloomberg reports that “Vivo, Xiaomi, Lenovo/Motorola, Oppo and other Chinese vendors captured a collective 46 percent of the market,” despite the fact that India has previously shown “a general lack of enthusiasm for Chinese goods.” But with the 500 million smartphones expected to sell in India in the next few years, Chinese phone manufacturers are “targeting India as sales growth at home flat-lines amid increasingly fierce competition.” 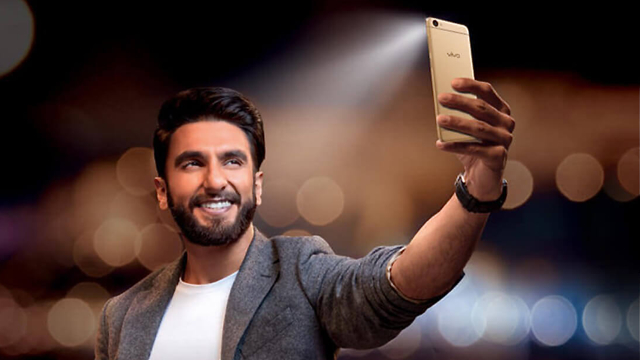 Features that draw buyers include “large displays, state-of-the-art processors” and powerful selfie cameras (as Vivo is marketing above). The phone companies also inked partnerships with Bollywood and cricket stars to be “brand ambassadors.”

“The Chinese phonemakers’ march will continue next year with a double-pronged strategy,” said Counterpoint Research director Neil Shah. “Besides marketing spends and generous retailer margins, Vivo, Oppo and Huawei have already paid a premium and are cornering the supply of components like OLED screens and memory for next year.”

In contrast, a year ago, Chinese phones, most of which were in the mid-priced range of $110 to $200, accounted for less than one-fifth of the $10 billion Indian phone market.

Apple, which ranked No. 10 in Q4 after the release of the iPhone 7, is meeting with government officials “to discuss the prospects for setting up manufacturing facilities in the country,” with the goal of helping it become “more competitive on price.” Apple has 62 percent of the market for devices that cost more than $450.