Wi-Fi devices are improving as part of what’s called “whole home Wi-Fi,” featuring better technology with more effective antennas, more efficient network architecture, and sleeker designs. Among the new Wi-Fi devices recently reviewed are Netgear’s Orbi, Ubiquiti Networks’ AmpliFi, and Linksys’s Velop. The move to improve Wi-Fi comes at a time when the Internet of Things and connected devices in the home grow in importance and market share. Wi-Fi routers that work seamlessly are crucial to their smooth functioning.

Bloomberg reports that, according to Ericsson, there will be “about 29 billion connected devices worldwide by 2022, up from 16 billion last year.” IHS Markit analyst John Kendall notes that, “subpar equipment contributes to customers’ dissatisfaction with Internet companies.” 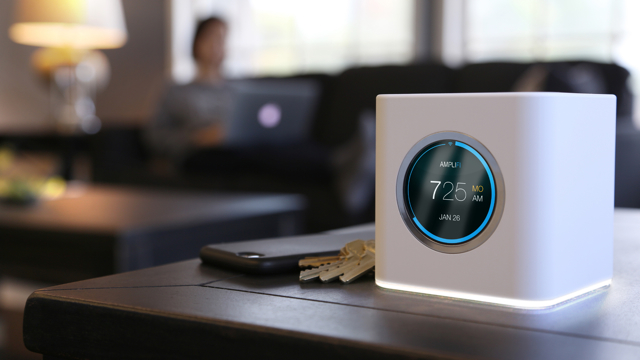 “If your Netflix isn’t working, you’re not calling Netflix,” he said. “You’re calling your service provider.”

Even Comcast Cable chief product officer Chris Satchell agrees, noting that, “as an industry, we’re sort of failing the customer.” Routers compete for airwaves with a myriad of other devices, and can be overwhelmed by new devices, which is why customer service always starts by having the user to unplug the router and plug it back in, to find “an open lane.”

Comcast will begin offering the Advanced Wireless Gateway, a new router that will “monitor what’s connected, analyze some data in the cloud and fine-tune the network to keep data flowing efficiently.” Older routers, in the homes of up to 10 million customers, will get a software update, and Comcast will also offer wireless extenders, to minimize disruptions in the home.

Silicon Valley startup Plume Design makes small Wi-Fi routers that plug into wall outlets around the house, “report device data to computers in the cloud” and then “decide which devices get priority on the fly.” Older routers can’t send and receive data simultaneously, and Ubiquiti’s new antenna fixes that problem with AmpliFi, which, says Bloomberg, “looks like a bedside clock.” The new devices just now becoming available start at $150 and, for full coverage, go up to $350 or more.