Yahoo Labs researchers have developed a new technology called Bodyprint that works as an alternative to the fingerprint scanners used in high-end smartphones to authenticate users. With Bodyprint, users can convert the screen on their smartphone to function as a biometric scanner capable of detecting users’ ears, fingers, fists and palms when pressed against the screen. The technology has reportedly produced impressive results in classifying body parts and identifying users.

RtoZ explains that although fingerprint scanners already exist to authenticate smartphone users biometrically, few device makers have integrated the technology due to its high costs associated with resolution and high quality sensors. Bodyprint on the contrary, “detects users’ biometric features using the same type of capacitive sensing, but uses the touchscreen as the image sensor instead,” which means the technology can be adopted on virtually any smartphone with a touchscreen display. 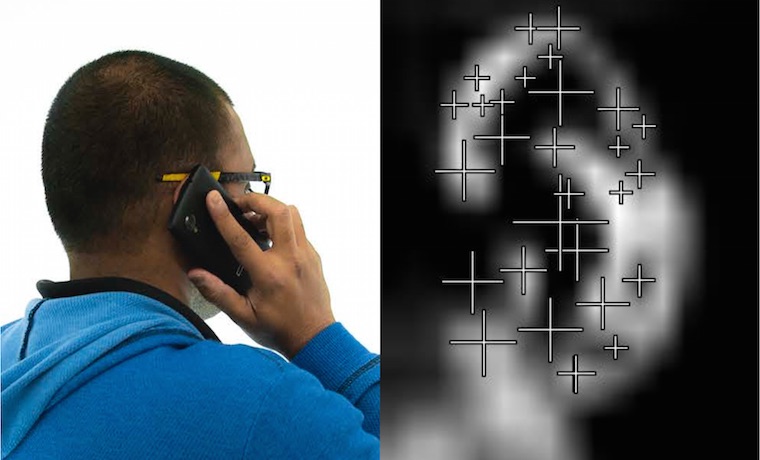 Unfortunately, the use of the new technology is not possible without some minor complications such as a lower screen display resolution of 6 dpi. Regardless, the team claims that “Bodyprint compensates for the low input resolution with an increased false rejection rate… In [their] evaluation with 12 participants, Bodyprint classified body parts with 99.98 percent accuracy and [identified] users with 99.52 percent accuracy, with a false rejection rate of 26.82 percent accuracy to prevent false positives,” CNET reports.

While the technology’s screen resolution is too weak to detect the fine details of a person’s unique fingertip configurations, Bodyprint can detect several other body parts including ears and palms, for example.

The use of ears as an authentication tool reportedly yielded a 99.8 percent authentication precision with a false-rejection rate of 1 out of 13. These type of results are very promising of a technology that could replace the less cost efficient fingerprint scanner.