BlackBerry is now focusing its efforts on QNX, a division to create technology for in-car entertainment and information systems. The Canadian company plans to spend $76 million and double its QNX engineering staff to 1,000 in the next few years. Although BlackBerry competes with major tech companies in autonomous vehicles, it has already inked partnerships with Ford Motor Company and General Motors’ spinoff Aptiv (formerly Delphi Automotive). Deals with Tata Motors and Jaguar Land Rover are also pending. QNX tech will be on display at CES 2018 next month.

The Wall Street Journal reports that, “in September, the company launched a marketing campaign with billboards in Silicon Valley and Detroit showing a car and the tagline ‘Is Your Car BlackBerry Secure?’ with the aim of promoting its technology as a way to protect autonomous vehicles from hacking.” Company chief executive John Chen said that, “the auto sector is our best chance at revenue growth” over the long term. 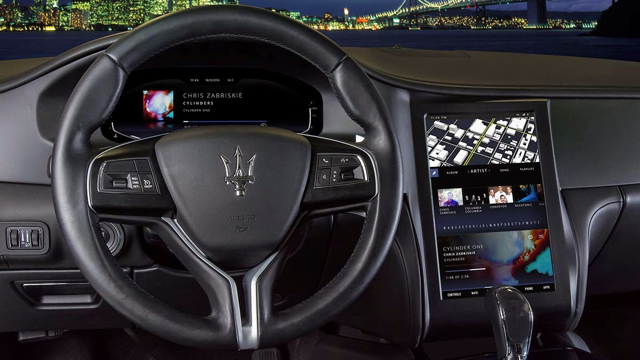 BlackBerry once had 80 million phone subscribers using its email service, but has “struggled to find its footing in recent years after losing out to phones made by Apple and Samsung Electronics.” When employers “began allowing workers to use personal devices,” BlackBerry’s market capitalization dropped from “a peak of 79.5 billion Canadian dollars ($61.7 billion) in 2008 to C$3.24 billion in late 2013.”

Gartner recently measured Blackberry’s share of the global device market at zero percent; the bulk of BlackBerry’s revenue today is from software management for phones but even that has flattened out.

QNX “handles the complex code needed to analyze data that driverless cars absorb through sensors and help a car’s computer prioritize what parts of a vehicle should be running in real-time,” and will also “allow a car to continue functioning even if one of those systems stops working, an ideal feature for self-driving cars.”

According to CIBC World Markets, BlackBerry will compete with Alphabet’s Waymo and Tesla Motors, which use their own operating systems; Toyota uses open-source technology. BlackBerry’s QNX, however, also “shields a car’s computer from malware, rogue software and so-called distributed denial of service attacks,” which was the deciding factor in Aptiv’s decision to partner with the company, says that company’s chief technology officer Glen De Vos.

BlackBerry will be showcasing QNX tech during CES next month at North Hall (Booth 7523).