The developers of “Assassin’s Creed” have teamed up with Tobii Tech to provide gamers with the ability to control the camera in the game with their natural eye movement. Tobii Tech calls it an “infinite screen” experience, tracking the user’s gaze at 50 frames per second. Users don’t have to even move their mouse to get the camera to pan or click pause when they look away from the screen. The “Assassin’s Creed Rogue” PC game will be one of the first to include this new technology when it launches early next month.

Gamers will also need the Steelseries Sentry Eye Tracker to utilize the eye tracking feature. Currently, the $200 device is sold to pro-gamers as a way to analyze their performance in games without eye-tracking integration. The company that sells the Sentry Eye Tracker will bundle a free copy of “Assassin’s Creed Rogue” with the next 5,000 eye-tracking devices. 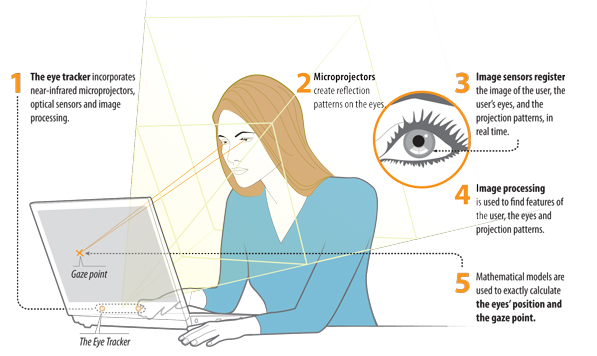 “The screen automatically centers around whatever you’re looking at, which in essence provides you with this infinite screen where your point of gaze will always control what’s being shown on the screen,” said Anders Olsson, Tobii Tech Software Partner VP. Gamers could still use the mouse to control the camera, but the company is hoping that with this technology, they won’t want to anymore.

Tobii Tech believes that controlling the camera is only the first step in revolutionizing the gaming industry with eye tracking capabilities, according to Ars Technica. The company suggests that users will eventually be able to shoot in one direction with their mouse and throw grenades in another direction using their gaze. Also, characters in the games will be able to react to eye movements in the same way that humans do.

Developers can start integrating eye-tracking capabilities into their own games by buying a $139 EyeX development kit to support their projects.