Apple’s wireless smart speaker HomePod will hit shelves February 9, with pre-orders starting this Friday in the U.S., U.K. and Australia. The device was delayed from its intended December launch, costing Apple sales during the recent holiday shopping season. The voice-activated speaker will compete with market leaders Amazon Echo and Google Home devices. At $349, the HomePod is priced more than $200 higher than the current market leaders, but on par with the $400 Google Home Max. Apple is emphasizing the device’s “stunning sound quality” for playing music.

According to Apple, HomePod “works together with an Apple Music subscription for a breakthrough music experience, providing access to one of the world’s largest cloud music libraries. Siri, now actively used on over half a billion devices, has developed a deep knowledge of music and understands your preferences and tastes.” 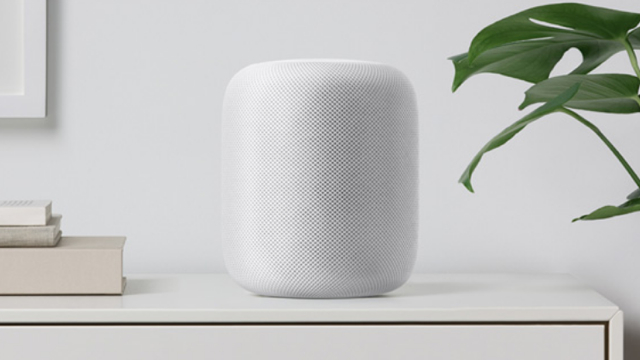 A battle is growing in the virtual assistant sector amongst early leaders including Apple’s Siri, Amazon’s Alexa, Microsoft’s Cortana and Google Assistant. The Wall Street Journal notes that IHS Markit expects these voice assistants will “be embedded in more than 4 billion consumer devices by the end of 2018.”

To catch up with Siri’s integration in iPhones and iPads, Amazon and Google are bringing their assistants to vehicles, TV sets, a wide range of new smart appliances, and more. 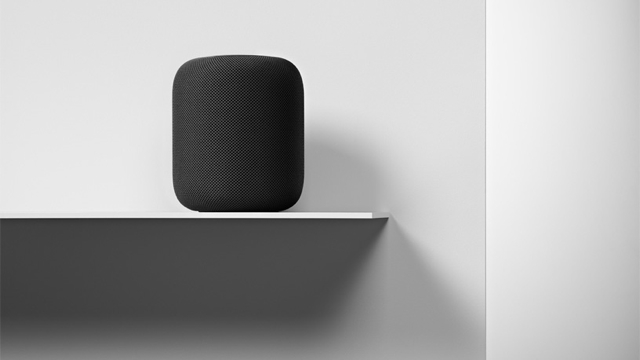 “Apple announced that HomePod will work with a few popular services such as Evernote and WhatsApp,” reports The Washington Post. “And it has strong ties with app developers thanks to its App Store. But the company will have to round up those relationships to a new platform to make the HomePod worth its high price.”

“Amazon was the first major tech company to enter the smart-speaker market in late 2014, opening a wide lead by selling more than 20 million Echos even before tallying sales for the recent Christmas season,” explains WSJ. “Its hockey puck-sized Echo Dot is estimated to account for more than half of Amazon’s speaker unit sales, largely because of its lower price, which dropped to $30 during the holidays before rising to $50.”

Market researcher Canalys projects that global smart speaker shipments will reach 56 million units this year, an increase of 50 percent, with the U.S. accounting for more than half of sales.