AMC and Dolby are offering moviegoers the best of laser projected-images, immersive sound, and vibrating seats in their new brand of theaters, “Dolby Cinema at AMC Prime.” The new premium theater will show movies in high dynamic range (HDR) and a wide color gamut accompanied by Dolby’s Atmos immersive sound system. The power reclining seats will also vibrate with the on-screen action. The two companies hope to install 15 of these new theaters by the end of the year.

The first four Dolby Cinema at AMC Prime theaters will be opened by mid-May in Los Angeles, Atlanta, Kansas City, and Houston, according to The Hollywood Reporter. In the next three years, the brand will expand to 50 locations. By 2024, the companies plan to have up to 100 locations across the U.S. This plan includes upgrading all AMC Prime and AMC ETX theaters to the new brand. 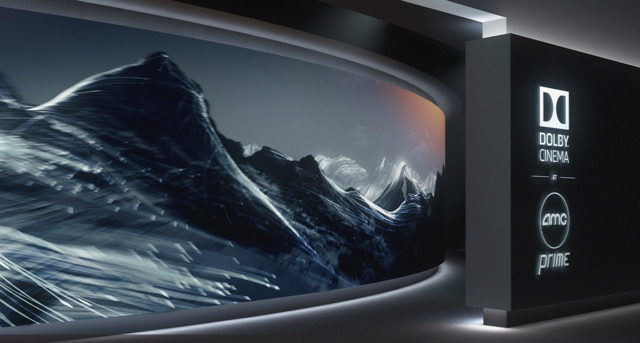 Dolby Cinema at AMC Prime won’t cost moviegoers any more than existing premium theaters. The new brand will cost the same as AMC Prime, which is usually about $4 to $6 more than standard movie theaters. IMAX and Dolby Cinema at AMC Prime auditoriums will also cost the same amount, according to John McDonald, AMC’s executive VP of U.S. and Canada operations.

Dolby already runs some premium, large format theaters in the Netherlands under its Dolby Cinema brand, but the Dolby-AMC partnership is the first U.S. plan for installation. The Dolby Cinema experience, which includes laser projection and the Atmos sound system, was created to compete with IMAX.