BitTorrent’s peer-to-peer Web browser endeavor, Maelstrom, is now in beta. Since its limited alpha release back in December of last year, the browser has reportedly seen as many as 3,500 publishers and more than 10,000 developers sign up to work on its platform. The beta release will make the browser available to more people and help gauge interest in a torrent-based service built on a decentralized, P2P architecture. For now, the beta version of Maelstrom is only available for Windows users.

“The alpha group was fairly modest, a few thousand,’ a spokesperson told TechCrunch. “But that helped us quite a bit.”

Maelstrom is “built on a fork of chromium, so when it hits non-Maelstrom pages it will render them the same as any regular browser,” he added. 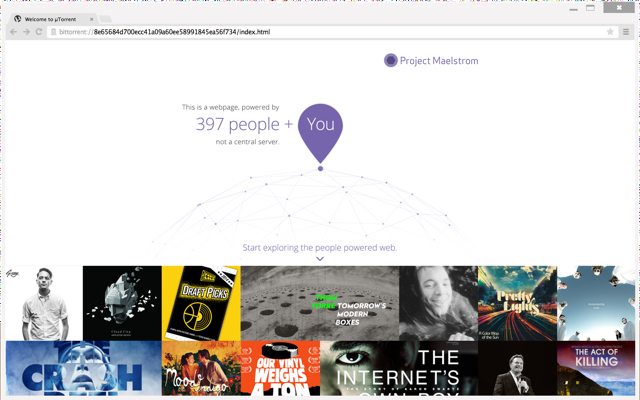 “You may have either eight people ‘powering’ the torrent you are about to download in Maelstrom, or you may have 800, and that number will be indicated at the top,” explains the post.

BitTorrent has made significant strides to “come up with creative ways of distributing content legally, while at the same time keeping some of the flexibility and speed that the P2P system affords over server-based architecture,” notes TechCrunch.

Because BitTorrent uses a P2P system, it does not utilize any servers to store data or information that could be susceptible to government breaches, which could make its browser one of the most secure ways to surf the Internet.