Alphabet’s Sidewalk Labs to Develop a Smart City in Toronto

Alphabet executive chairman Eric Schmidt has always wondered what it would be like to apply all his company’s technology to a city. The company’s founders got excited about the idea, and now it’s about to become a reality. Plucked out of half a dozen proposals, Sidewalk Labs, an Alphabet subsidiary, will work with Canadian government officials and other technologists to develop 800 acres of waterfront property in Toronto, creating a potential model of the smart city and licensing its technologies to other cities.

The New York Times reports that, the Sidewalk Labs proposal has suggested “a thermal energy grid that would be carbon neutral, sensors that separate waste from recycling, modular buildings that convert from retail to housing, monitors that track noise and pollution, self-driving transit shuttles, shared-ride taxibots, adaptive traffic lights, delivery robots, heated bike paths and sidewalks that melt snow on their own.” 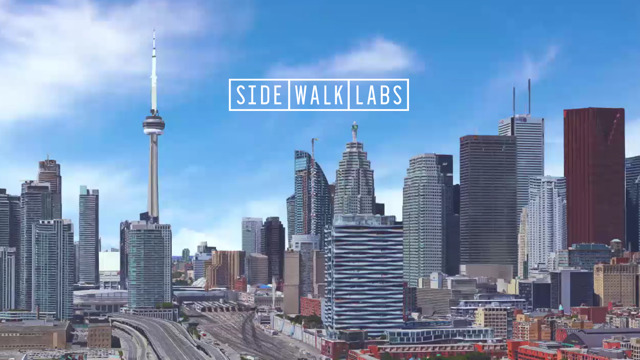 NYT points out that, “many intractable urban problems are in fact not engineering problems at all,” but, with lack of affordable housing, for example, are rather “a political problem.”

“We all collectively see cities as about friction: good friction and bad friction,” he said. “Good friction is serendipity, it’s opportunity, it’s diversity, it’s seeing 40 different nationalities on the subway as you commute in the morning. Bad friction is congestion, it’s pollution.”

The Wall Street Journal reports that the initial site, called Quayside, will “serve as a model for nearly 800 more acres of underdeveloped urban land.” Sidewalk Labs competed with more than six other proposals but stood out by “demonstrating a plan that can take high-level conceptual ideas, piloting them and scaling them across a city.”

The cost is “likely to run over $1 billion” and Sidewalk has “committed $50 million in initial funding for joint planning and pilot project testing purposes.” Doctoroff notes that Sidewalk Labs “needs to consult with Canadian municipal, provincial and federal government partners to determine a breakdown of how the site’s intellectual property will be shared,” but that, “there is an expectation is that we’re creating products here that will be exportable to other cities.”

With regard to concerns about Sidewalk’s use of collected data, Doctoroff stated that Sidewalk would “be issuing a privacy statement” and would “consult with local residents to ensure greater clarity and transparency when it comes to the collection and use of personal information.”

Bloomberg reveals that Alphabet’s autonomous vehicle technology will be an important part of the Quayside project, with “visions of all sorts of robotic transport: driverless bike-like vehicles, larger self-driving vans, robotic delivery and even autonomous trash collection.”

Sidewalk said that Alphabet’s Waymo is among the participating partners. The goal of a taxibot system is to “use competition to improve user experience,” with “individuals … encouraged to include any privately-owned self-driving vehicles in the system as well.” Sidewalk plans to debut “a six-to-twelve person autonomous shuttle” in a specific area of Toronto “to get residents used to the technology.”