AIG executive vice president/chief executive of commercial Rob Schimek described some of the data contained in the company’s 2017 global survey on data sharing. AIG’s first report, in collaboration with CEA (now CTA), was published in 2015, followed by a 2016 report on case studies of large companies. The 2017 report, says Schimek, which includes a foreword by Mike Abbott of Kleiner Perkins Caufield & Byers, looks at data sharing innovation, technology and risk. “We’ve seen the benefits outweigh the costs and risks,” said Schimek.

The Internet of Things is the first step for the next Industrial Revolution, according to Schimek. “Safe, shared data is the oxygen that allows the flame to burn, the coal that enables the furnace to run,” he said. 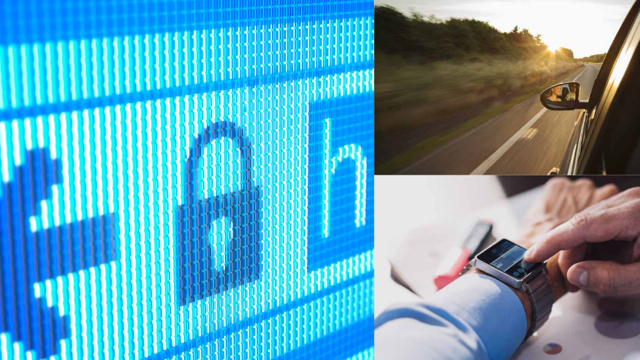 Industrial wearables, for example, can prevent accidents in the workplace, but only if an employee shares data about his movements. Automatic emergency brakes will reduce accidents beginning in 2022 in the U.S., but only if manufacturers of the component parts share data.

The report’s research involved nearly 6,000 individuals and 250 business leaders in nine different markets, quizzing them about their attitudes on data sharing. Schimek identified three key takeaways. “Employers and employees can be persuaded to share data if they get something in return,” he said. “In the sharing economy, winners and losers will vary by market. And, third, there is a new type of digital trust being built between workers and companies.”

Drilling down into the results, on average about 75 percent of employers and employees are willing to share data if they get something in return. Global businesses are most willing (at 59 percent) to share data that improves the safety of their employees. But the No. 1 driver in some markets is the No. 1 drag in other markets. For example, whereas the U.S. and Australia are most likely to share data to improve financial performance, reduce company insurance costs or improve recruitment, India, Singapore and China found these the least motivating.

Knowing which markets are alike or different can “optimize proof of concept,” says Schimek, helping a startup to decide whether to scale up across borders or a multi-national firm know how to approach employees.

A global average of about 55 percent said they would be interested in wearables that work, and 58 percent were interested in using telematics in their fleet of vehicles if it included gamification. Schimek described a trial program in Ireland, which gave people the Ireland Safe Driver game if they opted into telematics.

“Every week, someone won an Apple Watch,” said Schimek. “And Europcar Ireland saw more than a 20 percent reduction in loss from the fleet of cars. If you get everyone on board, you get the benefits.” The report found that companies are willing to pay $400 to $900 per employee per year for these solutions.

“Creating digital trust between employees and employers is key,” said Schimek. Both employers and employees agreed on numerous points: that the employer is responsible for keeping the data private, the employer will tell employees if he is collecting the data, the employee will have an option to opt in rather than opt out and will get to decide what data is shared with their employers. The only difference was that employers would like to make monitoring a condition of employment.

The AIG report is available online as a PDF:
The Data Sharing Economy: Quantifying Tradeoffs that Power New Business Models